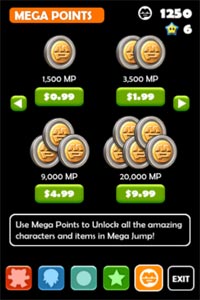 Just because in-app purchases are a key driver of revenue for the smartphone media platform doesn’t mean that everyone is eager to buy from you right away. In fact, according to app analytics firm Localytics, it takes over 10 sessions with an app for 44% of eventual buyers to make their first purchase. Only a third (33%) buy in 2 to 9 uses of an app. And only 22% actually accept an upsell opportunity the first time in the door.

Engendering trust -- often a protracted and subtle process -- is the best route to revenue rather than the hard sell, the company says. “On average, a user who makes an in-app purchase will do so 12 days after first launching the app,” writes Director of Online Marketing Daniel Ruby.

That first purchase may be well worth the wait, because the quick-impulse buyer appears less likely to buy more over time. Among those easy sells, the first-session buyers made only 2.5 purchases over their lifetime using the app. But the people who bought into the buy button in the second or subsequent sessions ended up making 3.5 purchases.

In fact, the easy sell is also the least loyal user. Only 16% of those who made a purchase in that first session re-engaged the app 10 or more times. But 26% of more patient buyers stuck with the app longer-term.

Ruby tells Mobile Marketing Daily that the metrics are based on several dozen apps whose monetization model was primarily through in-app purchases, but it included data from 30 million users’ in-app purchases. For this first run of data, no distinctions were made for content types or between iOS or Android operating systems.