No More Dora The Murderer or Pokemon the Pervert 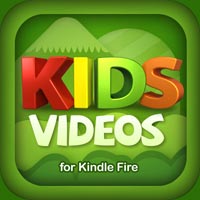 I can still recall my shock at seeing a perverted Pokemon video appear in the YouTube search results way back when my son was a fan of Pokemon. It was in the earlier days of YouTube when what could be more fun to a young Pokemon fan than fan-made Pokemon videos? Alas, anyone who has searched for anything on YouTube knows that it’s a searcher beware world.

That’s why I nodded my head knowingly when the news of a kid-friendly app from MeFeedia landed in my email this week. The video feed aggregator launched an app for iPads and Kindle Fires called “Kids Videos ” that features safe, appropriate and family-friendly videos culled from popular sources such as “Sesame Street.” Because, isn’t that better than letting your kids just randomly search for Dora videos and come across, say,Dora The Murderer ?

Do kids need more video in their lives? Well, that’s a philosophical question. But the reality is if you’re a parent and you own a tablet, then at some point you’ve probably placed that device in your kids’ paws to keep them happily entertained.

To be fair, there are loads of safe apps and video sources on any tablet for kids to watch — from “Dora The Explorer” episodes on Netflix to PBS Kids apps. PBS Kids launched an iPad app in May and by December it had logged more than 450,000 downloads and more than 2 million streams per day. MeFeedia isn’t revolutionizing the kids’ video world with this app. But the app is useful and that’s saying something in this tablet world.

The app includes more than 3,000 videos at launch in six categories: Popular, Animals & Pets, Cartoons, Celebrity, Education and Online Video Classics. MeFeedia embeds the videos in the app using the content owner’s source player, so any views are attributed to the programmer.

applications, apps, kids 6-11, online video, tablet, video
1 comment about "No More Dora The Murderer or Pokemon the Pervert".
Check to receive email when comments are posted.
Next story loading