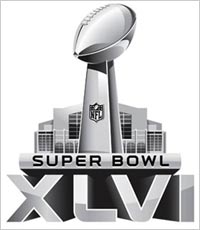 Current reports suggest that TV advertisers are paying anywhere from 13% to 29% price increases for a TV commercial in the upcoming Super Bowl versus a year ago.

Prices are ranging from $3.5 million to $4.0 million for this year's game, which will be telecast this Sunday on NBC. According to The Nielsen Company, the average price for a commercial in last year's game was $3.1 million. For advertisers, the Super Bowl offers exposure to the most-viewed TV show of the year.

The price of the Super Bowl spot and the resulting awareness level can reflect the varying prices for commercials, with advertisers usually paying more for ads in the beginning moments of the game.

Super Bowl messaging has better recall than other TV programming during the same period. Nielsen says 2011's Super Bowl XLV commercials, on average, were 58% more "memorable" than commercials airing during regular programming in the first quarter of 2011.

In addition, brand awareness for commercials airing during the Super Bowl was up to 275% higher than awareness for the same creative during regular programming.

Last year, automotive roared back into the big event, coming out of the recession dramatically paying twice as much total media dollars as in 2010 --  at $77.5 million, up from $32.7 million, the biggest Super Bowl ad category.