Web, Apps Will Coexist In Future, Mobile Will Explode 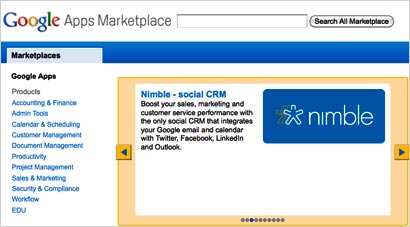 Witnessing an explosion in mobile computers and the apps they support, one might forgive pundits and experts for fearing the fall of the open Web. New research from Pew, however, suggests that the Web and apps can -- and most likely will -- coexist.

A majority of industry experts -- 59% -- agreed that the Web will be stronger than ever by 2020. Specifically, they believe that “the open Web” will continue to thrive and grow “as a vibrant place where most people do most of their work, play, communication, and content creation.”

By contrast, this majority predicts that apps accessed through iPads, Kindles, Nooks, smartphones, Droid devices, and their progeny will be useful as specialized options for a finite number of information and entertainment functions.

Last year, The Pew Internet Project and Elon University’s Imagining the Internet Center invited an unspecified number of experts and Internet stakeholders to predict where the Web was heading. The survey questions were written to generate detailed written responses -- not to derive a clear-cut statistical outcome -- so respondent choices should not be taken as a representative measure.

That said, Pew and Elon found that some 35% of its expert respondents agreed with the notion that most people will prefer to use specific apps by 2020. By then, this minority expects, "most industry innovation and activity will be devoted to apps development and updates, and use of apps will occupy the majority of technology users' time.”

Whether apps and the Web can exist together or not, mobile computing devices are clearly overshadowing their stationary counterparts. “Mobile tools such as smartphones, tablets, netbooks, and laptop computers are now a primary source of Internet connectivity,” according to Janna Quitney Anderson, the report’s co-author and an associate professor of communications and director of the Imagining the Internet Centre at Elon University North Carolina.

The latest surveys of U.S consumers by Pew shows that nearly two-thirds connect to the Web via a smartphone, tablet computer, or an on-the-go laptop computer.

By 2016, Cisco estimates there will be 10 billion mobile Internet devices in use worldwide. (Considering the world population is only expected to be 7.3 billion then, that will amount to 1.4 devices per person.) Targeted software applications -- tailored as they are for the mobile computing experience -- appear to be following mobile’s growth trajectory.

Apple recently announced that 25 billion apps had been downloaded from its App Store, which opened in 2007, while Google’s Android Market hit 10 billion downloads late last year.