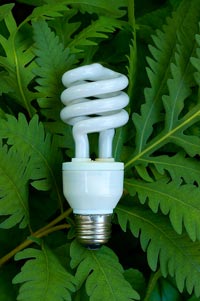 While explaining a product’s environmental impact to consumers may just be table stakes these days, it doesn’t mean that people believe those claims. Cone Communications’ new Cone Green Gap Trend Tracker reports that only a minority of shoppers -- 44% -- believe marketers’ environmental messages. But that doesn’t mean they’re not paying attention, and 77% say they’re willing to boycott if misled.

Consumers still think companies are not communicating very well, with 73% who want more environmental information on the packaging, and 71% who wish for more clarity in environmental terms. And most people are still confused about basic terms, the survey finds.

“More than half of consumers continue to erroneously believe that common environmental marketing terms such as ‘green’ or ‘environmentally friendly’ mean a product has a positive (36%) or neutral (18%) impact on the environment,” the Boston-based marketing agency reports. “Fewer consumers were able to correctly identify these terms as meaning the product has a lighter impact than other similar products (25%) or less than it used to (3%).”

Money is still the other green problem, with 42% saying the idea that environmentally sound products would cost more has stopped them from tossing an item into their shopping cart. But 90% say they are motivated to buy an environmental product if they think it will save them time or money.

Overall, 69% of American consumers routinely or sometimes consider the environment when making a purchasing decision.

Consumers say that a symbol or certification (81%) and a message with specific data or outcomes (80%) are most influential in their decision to buy. And 73% also appreciate general environmental statements, like “uses less water.”

The survey included  just over a thousand adults.