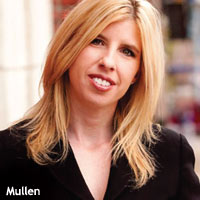 It may seem like the digital newsstand appeared in the last two years, but Zinio has been at it since 2001. After launching on PCs, it now offers some 5,000 magazine titles across major tablet and smartphone platforms like iOS, Android and BlackBerry. Users can buy single issues and subscriptions, as well as sample free content through Zinio.

With an explosion of rival newsstand and reader apps, Zinio has to ensure it doesn’t get bypassed by everyone from Amazon to Zite. Online Media Daily sat down with Zinio CMO Jeanniey Mullen to talk about how the company is responding to the new landscape.

Online Media Daily: Given Zinio’s decade-long history, what’s it like seeing so many new competitors emerge and grab attention in this space?

Mullen: It’s frustrating to see the press  talk about them as if this concept has never existed before. We see any news about digital reading, digital magazines, digital distribution, and publication sales as positive for us because it helps to increase consumer awareness and education. There are millions of consumers out there that don’t even know they can read magazines digitally.

Online Media Daily:  That said, did it take the arrival of the iPad to ignite wider interest?

Mullen: We really see April 3, 2010 -- the day the iPad came out -- to be the start of the digital magazine publishing groundswell, for two reasons. The iPad is the perfect device built for magazines, and it really helped customers see what could be done. But it also helped to get the publishers to focus on development. Publishers started working with us because they knew they needed to have a digital presence; it wasn’t necessarily a priority for them before the iPad.

Online Media Daily: With the wave of publishers launching individual digital editions last year, were you concerned about the impact on your business?

Mullen: Early on, we realized the majority of people subscribing to digital editions are brand-new people to the title. We saw that amplify itself almost 100-fold when the iPad came out and magazines started doing their own apps. If you go to Zinio to get your Rolling Stone, you’ll be able to explore other articles and titles in that category. We see up to 85% of digital subscriptions through Zinio are people that have never had a print subscription with that company. We don’t see it as competitive.

Mullen: The key thing publishers are starting to focus on now is on renewal rates. You can get a mass number of people to sign up for a free 30-day or 90-day subscriptions, but as the market is rolling into a full first year for a lot of these different devices, we’re starting to see renewal rates. And that’s where a lot of the truth is going to come out -- not only which devices are best for consuming content, but which devices and which [newsstands] offerings are really gathering consumers’ interest on an ongoing basis.

Online Media Daily: What differences in usage are you seeing across the three screens: PCs, tablets and smartphones?

Mullen: The iPad subscribers tend to be older -- in the 40s-50s demographic, men more than women -- but a lot of householding of the purchases. It might be the father’s credit card, but the wife and children are using it. For Android, since it's more smartphones than tablets in the marketplace, it skews a little more women, a bit younger. For PCs, it’s close to 50/50. People who come in through Facebook or other social channels are definitely younger, so it’s completely differentiated, based on who you are and where you’re coming from.

Online Media Daily: How has Zinio gone about getting distribution besides the various app stores?

Mullen: Two years ago we made the decision strategically to do a lot of pre-install deals with Android devices. Zinio is pre-installed on 25 Android tablets and 37 Android smartphones type around the world. We also have deals directly with Motorola, Samsung, LG, and Pan Digital and Kobo. At the same time we have distribution deals with AT&T and T-Mobile and other mobile networks as well. So the app is on millions of Android devices.

Online Media Daily: Do you have any plans to promote Zinio more as a brand itself?

Mullen: We have a series of pretty big enhancements and product releases coming out over the summer, so we have been holding off on doing a big Zinio push until some of those are live. We’re changing the entire structure of our site to build as a foundation for some other very large changes that we’re working on this summer relating to HTML5 and some business model changes. As those hit the market toward end of summer/early fall, you’ll see a whole lot about that.