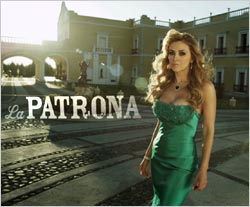 Telemundo, the Comcast-owned Spanish-language media company, is boosting its original program production output by 40% to more than 800 hours for the 2012-13 season. It will add six new novellas as part of its programming mix. Several new daytime and reality shows are being readied for the new season, along with a record amount -- 170 hours -- of original Olympics-related content for the upcoming London games.

Company executives also said they are repositioning the brand next fall around new research that defines the so-called “duality” of the U.S. Hispanic market. While Hispanics like the U.S. and enjoy residing here, they are also mindful and proud of their country of origin, per the new research.

The repositioning will include a new logo and tagline to be unveiled at a later date. A video clip at a Monday press conference highlighting the research showed a number of Latinos proclaiming “I am Latin, I am here,” to convey the sentiment behind the duality. Executives stressed that the line was not the network's new promotional tagline.

The new telenovelas, focused mainly on the themes of love, hate and revenge, include "The Face of Revenge," "The Patron," "The Lord of the Heavens," "Forbidden Passion," "An Idol is Born" and Fine Pedigree."

A dramatic daytime series "Virgin Morena" will examine supposed miracles that have occurred in connection with Mexico’s famed Our Lady of Guadalupe.

Also being readied is a new reality competition program "My Name Is," in which talented amateurs compete for prizes by performing as their favorite singing idol.

Telemundo Media President Emilio Romano said the company’s goal is to become both the top U.S. Spanish-language network and the world’s leading producer of popular Hispanic programs. Neither is likely to happen in the next couple of years -- Univision has a 70%-plus of the U.S. Spanish-language audience -- but Comcast and NBC Universal are “the right partners” to make it happen someday, said Romano.

Jacqueline Hernandez, Telemundo Media COO, said the company’s “core focus” is its commitment to its audience and its redoubled efforts to provide as much programming as possible “everywhere.” She said the company was introducing a new entertainment app that would enable access to Telemundo’s full programming schedule, as well as programs from Mun2, Telemundo’s younger-skewing sibling network. The app also allows users to plug reminders into their phones about dates and times of shows.

Hernandez also said the company would test a new technique, via social media, where consumers could have a say in story lines of an upcoming new program. The audience, she said, “will be co-producing with us.”

On the sales front, the network didn’t have any deals to report -- competitor Univision last week made the first major deal of this year’s upfront with Starcom, the Publicis Groupe-owned media shop. “We’ll do business when our clients want to do business,” said Dan Lovinger, Telemundo's executive vice president of integrated sales and marketing. Commenting on the Univision-Starcom deal, Lovinger said: “It’s an endorsement of the Hispanic marketplace.” He added that Telemundo and Mun2 combined added more than 50 new advertisers in the past year.