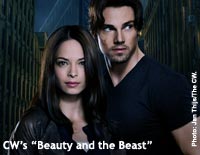 The CW is adding more than 50 hours of programming to its lineup of shows, including its first full summer slate of original series. For the first time, the network -- a joint venture of CBS and Warner Bros. -- is debuting its fall schedule in October to avoid the September crush, when most shows debut and make it more difficult for any individual program to be noticed.

The CW also unveiled a new digital content effort called CDW, a digital in-house studio that will create short-form programs for digital streams including online, mobile and tablets. Many of those efforts will also lead into CW programs that air on cwtv.com.

In what CW president Mark Pedowitz characterized as a bid to “stabilize” the schedule, changes are being made every night of the week. The CW lost more than 140,000 viewers in prime time this season among its core 18-34 audience (based on live-plus-same-day Nielsen ratings), according to Brad Adgate, senior vice president, research at Horizon Media.

Five new one-hour dramas have been picked up for next season, including three that will start in the fall and two that will be added midseason.

On Monday night, “90210” will move to 8 p.m., followed by the final half-season of “Gossip Girl.” “The Carrie Diaries” will replace “Gossip” in January 2013. It’s a prequel to “Sex And The City,” portraying the coming-of-age years of Carrie Bradshaw, the latter show’s main character.

On Tuesday “Hart of Dixie” in a new time period kicks off the night at 8 p.m. That will be followed by the new medical drama “Emily Owens MD.”

On Wednesday, the new “Arrow” premieres at 8 p.m. and will be followed by the returning “Supernatural.” “Arrow” is about a man feared dead, who returns to civilization after years on a mysterious island to become a superhero crime fighter.

“The Vampire Diaries” returns to its 8 p.m. slot on Thursday nights, followed by “Beauty And The Beast,” an update on the classic tale.

The new drama “Cult,” about a TV show that has strange effects on people, bows in midseason.

The summer slate was unveiled several weeks ago and includes three reality shows, including competition show “Star Next Door,” and a program about the intense world of ballet called “Breaking Pointe.” Also on tap: “The Catalina,” about the employees and guests of a “rocking” hotel in Miami.

Also in the works is a game/competition show “Fandemonium,” where contestants vie for the title of top CW Facebook fan. Social media platforms Pinterest, GetGlue and Klout are also part of the mix.

Another CWD effort, “Stupid Hype," is a live-action series created by and starring “Hart of Dixie” star Wilson Bethel.

Pedowitz said that while broadcast remains the “core” CW channel, the network is “fully convergent,” noting that its Apple and Android apps, unveiled two months ago have been downloaded more than 1 million times. The network has an embedded digital player on Facebook.

Given its audience’s heavy use of digital media to view CW content, the network is already using a hybrid Nielsen/DoubleClick ratings system to sell ads, based on viewership across all of its platforms. “We have a measurement system that works,” said Rob Tuck, executive vice president national sales at the network.

Tuck added that the network is in talks with numerous clients about upfront deals, but declined to provide specifics.