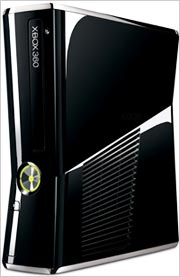 Microsoft will bring Internet Explorer to the Xbox 360 this year through an integration of the company's voice controller Kinect technology, and SmartGlass, a new platform that connects PCs, smartphones and tablets running on Windows and Android operating systems.

The integration introduced at the Electronic Entertainment Expo (E3) Monday demonstrates another step toward connected devices and cross-platform ad targeting.

Smartphones will work as companions to the TV. The Xbox SmartGlass app on a tablet will control the Web page navigation, according to Marc Whitten, the head of Xbox Live. Consumers can start watching a movie on a tablet on a plane ride, then pick it up on the TV through Xbox when home.

There was no mention of ad targeting across platforms, but it is believed these technologies will become the core of Microsoft's cross-platform ad targeting and retargeting strategy.

Google and Yahoo have been working on expanding cross-platform services as well. Similar to the Xbox, search and content features offered by Google and Yahoo rely on an account ID that allows users to start an action on one platform and pick up the event on another.

For instance, Yahoo's browser Axis allows users to search from desktop to tablet to smartphone. When the company launches ad targeting through the browsers, the ID will serve as a method to retarget advertisements.

Aside from a variety of sports games and services launched with Nike, and entertainment from South Park, Nickelodeon and Paramount, Microsoft announced Xbox Music. While it likely nails the lid shut on Zune, Microsoft executive Yusuf Mehdi said the cloud service becomes available across Xbox 360, Windows 8-running PCs, tablets and mobile phones.

Voice controls on Kinect will become the staple for Xbox games and services, the company says.