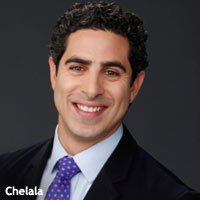 Viacom has hired a pair of executives to lead mobile sales efforts for its music and entertainment brands that include MTV, VH1, and Comedy Central.

Chelala will lead strategy and development of mobile ad sales products across Viacom Media Networks' music and entertainment properties, working closely with the company’s digital content teams to package and sell its mobile ad products for both mobile-specific and cross-platform solutions. He reports to Melanie DiMemmo, SVP, digital ad sales for music and entertainment.

Schlessinger-Brett will be responsible for selling mobile inventory and ad products and reports to Sarah Iooss, SVP, digital ad sales for music and entertainment. She was most recently director of new business for the Nickelodeon Group and has also held roles in digital ad sales for Comedy Central and Spike in Viacom’s New York and Chicago offices.

Jeff Lucas, head of sales, Viacom Media Networks Music and Entertainment, described the company’s audiences as “among the most voracious consumers of mobile content.” Viacom appears especially interested in tapping into the growing audience for tablets, providing larger screens better suited to its video-centric programming than smartphones.

In April, the media giant released research showing 15% of full-length television viewing is now done through a tablet device. It also found 22% of cable subscribers have downloaded streaming apps, and that nearly two-thirds (62%) of tablet owners use their device daily, for an average of 2.4 hours a day.

Viacom is also trying to develop advertising tailored to tablets. At an industry conference in April, Sol Masch, director of mobile for MTVN Digital sales, explained how the company has created a “skinny leaderboard” unit (768 x 50) for the tablet versions of properties like MTV and “The Daily Show” to leave more space below for content.

To capitalize on two-screen viewing, Viacom has also rolled out social TV apps “WatchWith” for MTV viewers, and “Co-Star” for VH1.

On smartphones, at least, it looks like Viacom has more work to do to break into the top-ranked content providers. A list of the top 15 smartphones properties across apps and mobile sites released by comScore last month didn’t include any from Viacom. The Weather Channel and ESPN were the only cable TV brands among the top 15.