E3 Mobilized: A Third Of Americans Now Gaming On Smartphones 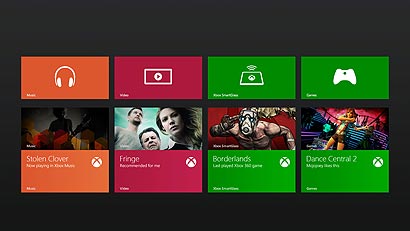 The E3 entertainment expo running this week in Los Angeles typically features dedicated living room and handheld consoles as well as PC-based online and downloadable games. But as it has informed just about everything else in American life and media in the last year, mobility became one of the persistent themes of this year’s show.

Mobile gaming has been at the center of the revival of casual genres. When asked which games they played most often on mobile devices, 47% of respondents to the survey said they played puzzle, board game, game show, trivia or card game titles. Action, sports, strategy and role playing -- which tend to dominate the larger consoles -- accounted for only 12% of mobile gaming.

One of the largest extensions of traditional video gaming onto mobile platforms may be Sony’s upcoming PlayStation Mobile, which it announced at E3 earlier this week. The company had earlier announced that its “PlayStation Suite” of titles would allow a common line of games across multiple mobile platforms, including smartphones as well as its own PSP and Vita handheld gaming systems. But in renaming the project PlayStation Mobile, Sony is taking specific aim at the Android platform, and plans to release titles in partnership with hardware OEM HTC. “Very soon we will be bringing the PlayStation experience to Android tablets and smartphones in a major way,” the company said in its presentation.

Sony plans to have “PS Certified” phones designed to play these titles. The company appears to be acknowledging the market migration away from dedicated handheld gaming devices and toward tablets and smartphones running other company’s operating systems. Sony released its high-priced and technologically sophisticated PlayStation Vita handheld earlier this year, but the company recently said it has sold only 1.8 million units worldwide.

Microsoft also announced this week that it would be leveraging smartphones and tablets across all the major operating systems to work in tandem with its Xbox gaming system. Echoing the functionality of Apple’s AirPlay oniOS, the new SmartGlass system will allow users to play media from smartphones and tablets on their TV via the Xbox. It will also allow second-screen functionality for some games. The app, which will work on Windows 8 devices as well as iOS and Android, can show complementary information about the main screen programming or offer some interactivity off of the TV screen.

Apple did not have a pronounced presence at E3, but its operating system was obviously among the most popular sites for development. In recent weeks, CEO Tim Cook has diffused rumors that Apple wants to get into the game console business itself. Nevertheless, the impact of touchscreens, second screens, casual and mobile gaming that the iOS operating system helped ignite seems to be informing all game platforms.

The gaming industry could use the boost. The industry’s computer and video game sales for 2011 totaled $16.6 billion -- down from $16.9 billion in 2010, according to NPD Group sales tracking figures. While traditional physical video console games saw a sharp sales decline to $8.8 billion from $9.4 billion the previous year, games delivered via digital means -- including mobile apps -- saw growth to $7.3 billion from $6.8 billion.