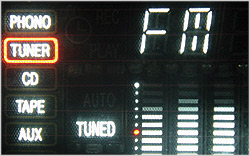 The founding members of the NRCC include American Urban Radio Networks, Crystal Media Networks, Cumulus Media, Dial Global, Premiere Networks and United Stations, all of which are tracked by Arbitron’s Radar service. The networks are coming together to “promote effective, reliable reporting and stewardship of network radio audio commercials and programming,” stated the NRCC.

Dial Global president for operations Charles Steinhauer said the organization should help “improve the standards, speed and effectiveness of scheduling and reporting of our client’s commercial audio.”

The NRCC membership is composed of the compliance heads of the six networks. At launch, the NRCC is being headed by Premiere Networks’ Meg Montury, who was elected chair, and Dial Global’s Chris Buehler, who was elected vice-chair.