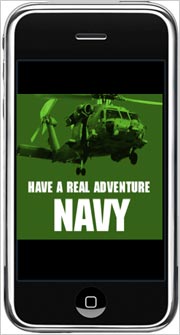 New data from comScore this week showed more than half of U.S. mobile users downloaded apps during the three months ending in May. Increased app usage globally will help increase spending on in-app advertising from $2.4 billion this year to $7.1 billion by 2015, according to a new forecast by Juniper Research.

Besides a growing app audience, wider use of rich media in ads will also contribute to higher in-app ad spending.

The report says rich media offers the opportunity for marketers to experiment with different features -- from mapping nearby stores to click-to-call to video to boost interaction rates. Juniper pointed to campaigns brands run in social TV apps like Shazam, which are tightly integrated with programming and highly interactive.

But the research firm argues brands have been too reluctant to try different approaches when it comes to mobile advertising.

“Mobile advertising gives marketers the chance to reach consumers on a more personal level than any other type of advertising,” said Juniper analyst Charlotte Miller. “Creating immersive and entertaining experiences to attract the attention of the consumer is essential for marketers wanting to take advantage of the massive increase in app usage.”

What the report doesn’t emphasize is that the sizzle of rich media advertising typically comes at much a higher cost than standard mobile ads. Brands and agencies have historically held back from spending more in the category without having a better idea of whether the extra cost delivers commensurate results.

Still, the options for rich media advertising in mobile are expanding. AOL last week extended its Project Devil ad units from the desktop Web to mobile devices, allowing users to click on expandable banners to do things like watch a video, browse photos or view feeds from a brand’s Facebook or Twitter pages.

Dollars going to AOL’s Devil ads and other rich media advertising amounted to just 4% of the $31 billion in total U.S. online ad revenue last year, per the Interactive Advertising Bureau. It estimated U.S. mobile ad spending at $1.6 billion in 2011.

The Juniper study projected mobile advertising overall will triple by 2017, with 60% of spending coming from North America and Western Europe. Spending earmarked for mobile messaging is expected to grow eight-fold by then.