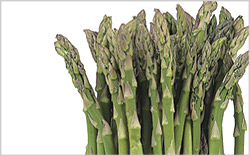 Display ads are the lettuce in the salad. They’re hardly anyone’s favorite part of the dish, especially when the tomatoes are so flavorful and the carrots are so crunchy, but they form the base. And you can’t have most salads without them.

That’s why display ads remain a major force in Internet advertising. They’re the foundation of many online ad campaigns. They lassoed in $12.4 billion in the u.s. last year, and should snare about $15 billion this year, eMarketer says. Yet one-third of display ads go unseen by site visitors, according to comScore. Even when the ads are seen, few are clicking, and many others aren’t even noticing.

But some of that ineffectiveness is now being addressed. Advertisers are starting to vary their creative and implement more precise targeting to make sure the impressions that are paid for are being viewed. Also, standards bodies are making headway to turn display advertising into a better venue for brand marketers. The question of “was my ad seen” bedevils nearly all mediums, but display ads face an uphill battle to prove their worth simply because they’re not thought of as the highest value, the sexiest or the most innovative type of ads. But they are the cornerstone of scale and reach.

That’s why agencies, ad networks, measurement firms and researchers are working to both reform and innovate display ads through standards, social media, targeting and, in some cases, dynamic creative. But the farthest-reaching innovations in this medium aren’t visible to Web users. Instead, they’re happening behind-the-scenes in measurement, both in the push toward standards as well as next-generation real-time media strategies. Here’s a look at what’s under the hood.

As social media’s trajectory continues to rise, brand marketers are discovering new ways to link social media with display ads to refine their media plans, says Patricia Galea, senior vice president of digital at Edelman. “We are focusing on combining display with search and social more, and using the result to [better inform] how we get our audiences to look at our content,” she says. That means layering social media metrics — engagement, buzz, real-time reach — on top of display media to make real-time adjustments. That could involve combining data from an Omniture on the display side with a Radian 6, for instance, on the social side. For a recent travel-client campaign, Galea says Edelman analyzed how viewers responded and engaged in real time with content the brand pushed out on Facebook and other social forums. The marketer then adapted the display plan based on those results.
“The two are intertwined now,” Galea says. “Everyone is trying to get more into branded content as opposed to buying ads, but that’s not always efficient. And custom ads take a lot of time and money. But you can refine the placement based on the social component.”

Ad networks are also eager for this type of integrated approach across all screens, with display connecting into mobile, social, video and other forums, says Jason Knapp, executive vice president of product at MySpace and at SpecificMedia, an online advertising platform. “We want to show a marketer share of voice, reach metrics, frequency metrics, how many times a viewer was exposed on video, on display, on mobile, and different mediums, and which percentage did you reach across all three, or across two, for instance. This is all where we are looking and where we think it’s going,” he says.

The Path to Standards

Refined metrics and sophisticated integration are helping, but the display market needs basic standards too, experts say. Despite being a mainstay of Internet advertising, the industry has yet to truly define what constitutes an impression. Questions abound: If someone lands on a page, are impressions immediately counted for display ads? What if the ads are below the fold? How long do the ads need to be in view to be counted?

Progress is being made toward a viewable impressions standard, and such a metric would be potentially transformative for the display market, says Andrew Casale, vice president of strategy at advertising technology platform Casale Media. “The problem with display has been there’s too much supply, and supply is easy to create. There’s no limit to how much display a publisher can create and the pace of impressions has far outstripped the budget moving into display, so every year we see more display impressions coming online,” he says. The iab, the American Association of Advertising Agencies, and the Association of National Advertisers, have paired up on an effort called 3Ms that could help codify a viewable impression, making accountability and attribution better in the display market.

“Today we count ‘served impressions’ as recorded by ad servers,” the iab’s Web site states. “Often, ad units are not in a viewable space to the end-user or fail to fully load on the screen — potentially resulting in substantial over-counting of impressions. Viewable exposures are increasingly the norm across other media and better address the needs of brand marketers,” the iab says.

But defining a standard isn’t always an easy task, because it calls for multiple input from myriad parties and can take years. Even so, Casale contends it will happen soon in display because the marketers want the standard and they’re driving the movement. He says Casale Media expects to be selling “viewable impressions” by the fourth quarter.

Tangible progress has been made in the quest for better metrics. ComScore, for instance, offers its “validated campaign essentials,” which measures a campaign’s reach and frequency and counts only ads that are seen in the correct geography and in brand-safe environments. Similarly, some higher-end publishers such as The Atlantic have moved away from standard display formats.

“When this will reach a critical mass is hard to say, but everyone is asking for these things to take place at scale,” says Rich Kim, vice president and associate media director/digital communications specialist at rpa, a full-service integrated advertising agency. In addition to the measurement advances, Kim says he’s also encouraged by targeting innovations, with the availability of more data from sources such as BlueKai and Quantcast that can segment niche audiences in a highly efficient manner.

“Today, I could say I want to be able to reach an adult 18-to-24 who is interested in hybrid vehicles, and they have done a search in the past 30 days, and I can do that. That capability wasn’t as readily available a few years ago,” Kim says.

The prospect of creative targeting is coming into focus for brands, too. That’s been done for “lower funnel” advertising via shopping and travel sites, and is getting easier to implement now in more meaningful brand executions, Kim says.

Targeting and creative work in tandem, says David Hallerman, principal analyst at eMarketer. “Think about a flat-screen-tv company,” he says. “The brand might have different ads for someone who came to a site from a parenting site versus someone who came from a sports site. They’re still selling the same tv, but using the data to change the creative,” he says. Advances go beyond that, too. Marketers could change the images or the text or the creative depending on what the data reveals about where the person is in the purchase funnel. “To dynamically alter the ad content on top of the targeting is, in a sense, the holy grail buzzword. You can’t have good dynamic creative without the good targeting,” he says.

Agencies like the ability to connect the creative to targeting technology. Doing that at scale to highly specific audiences, across multiple channels and using display, video, social and search, is particularly exciting, says Brian Lesser, ceo of wpp’s audience buying company Xaxis. “A studio could choose to reach people who are comedy fans in general, or those that tend to see a lot of movies. Or both. The permutations are basically endless,” he says. “In sticking with the comedy example, a studio promoting a new movie might show the general trailer to one comedy fan, but a different trailer to a fan who had already been exposed to the general trailer. Or a studio could show one trailer to men, and an alternate one to women.”

A number of players have also or soon will roll out advances in display formats. Creative agency Rassak Experience crafts ad campaigns with display and video, and plans to integrate retargeting into several campaigns this summer. While retargeting isn’t new, it’s mainly been used for commerce sites. “If you browse a product at a Web site, you might see that product pop up in banner ads on other sites you visit, reminding you that you might still want to buy,” explains Barak Kassar, founding partner of the agency. “We’re getting ready to use this same technology in a novel way, to let people know that a new episode of a video series we’re working on is now live. So they would see a promo for the new video on sites they are visiting when the video is available. This will tie into other forms of letting people know, like Twitter, Facebook and email. We would implement this with one of our media planning and buying partners.”

Video has been an available feature in banner ads for some time. Think of the type of spots where if a user mouses over the ad they might be able to click to watch an in-stream video. But the key with this type of display video is to make sure it’s measured accurately, and the industry isn’t making a clear distinction between pre-roll video ads, which usually run in front of content a viewer chooses to engage with, and in-banner videos right now, says Sabrina Ho, director of research at ad network BrightRoll. She adds that BrightRoll is studying how consumers interact with various types of video ads and how the formats impact consumer behavior.

Likewise, ad network Tremor Video says engagement in video is vital whether the video runs in a banner or as a pre-roll. “Not only does engagement prove to the advertiser that the ad was appreciated by the consumer, but surely that it was viewed, which as we know has become the topic du jour in our industry,” says Jason Krebs, senior vice president and chief media officer at Tremor Video.

Video innovations in display ads are also occurring on the tv screen. Interactive program guide Rovi is adding video to some of the display ads in the tv listings grids it powers. In a recent campaign, Rovi reports that when it ran a banner ad to drive tune-in to a primetime premiere one hour before the show, the banner ad in the guide generated a 75 percent incremental lift in viewership from viewers who were already spending time in the guide during the hour before the show. The study also found that a network running sampling campaigns a few days before a show’s air date generated a 62 percent increase in viewing over prior show premieres with a campaign that linked banner ads to video trailers for the shows.

Then there are other types of display innovation. The start-up NetShelter offers a platform that measures which articles or product reviews are gaining traction socially and then uses that information as a centerpiece for online display ads to effectively leverage off the earned media in the reviews. NetShelter has worked with Samsung to market its Samsung Smart tvs and says it saw a 52 percent rise in additional viewing of the ad using this type of ad unit.