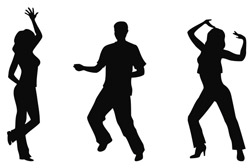 At this time last year, I received one of the most cursory story assignments in my (mumbles into sleeve)-year career in journalism.

As opposed to the usual assignment sheet, with its formal thesis and bullet-pointed topics for inclusion and potential lines of inquiry, it read thusly: “Find out why online display advertising sucks.” A student of suckery in its various iterations and guises, I embraced the challenge, stopping just short of defacing the ads that line the top and sides of top Web sites Perez Hilton-style.

What I found, not surprisingly, was more complicated than my original mission suggested. While there are certainly pundits willing to side with the notions that “display ads suck” and “display ads are like happy, measurable dolphins,” most caution against arriving at pat conclusions. After all, had someone thought to pose a similar thesis about television ads at the same juncture in their evolution, that individual would have done so before the advent of color tv. As I understand it, lots of stuff — Joe Namath in panty hose, Orwellian dystopia courtesy of Apple, what Mr. Piano Man himself referred to as “rock and roller cola wars” — has happened in and to tv advertising since then.

So when I was asked to revisit the story a year later, to write the 2012 State of the Union for display advertising, I jumped at the chance. I went in hoping to pose the central conceit in a far more neutral manner. You know, like “Why does online display advertising kinda suck?” I’m all about the semantics.

This time around, however, the responses were more measured. While the numbers don’t show tremendous momentum in one direction or the other — online advertisers devoted a higher percentage of dollars to display than they did a year ago, but not by a sizable margin — people within and without the display-ad food chain point to signs that display remains healthier than any other online ad unit. Roundly mocking those who have signed and notarized display’s death certificate — “It’s just like each year when they announce that email marketing is dead,” quips Ed Kats, president of online performance marketing agency MediaWhiz — they proclaim that display will soon have its moment in the sun. “The digital display industry is ready for the next phase of its evolution, which I believe will focus on the art and science of media,” says Magnetic ceo James Green.

At the same time, Madison Avenue remains skeptical. “What do Gucci or Dolce & Gabbana stand to gain from being on a bunch of shitty Web sites?” asks Jason Crain, an account manager at seo and Web design firm TwentySix2 Marketing. Walt Cheruk, executive vice president of digital media at Carat, puts it slightly more politically: “Display is hardly dead, but it faces various challenges related to its exponential growth over the past 20 years.” Communication/social strategist Jeremy Goldman, on the other hand, worries that “we’re still thinking of it as print advertising plus new advantages, as opposed to something completely its own.”

Whether or not you’ve got a horse in this particular derby, the case could be made that arguing about the state of display advertising is akin to arguing about the state of anything else on the Internet, with the exception of MySpace: It’s too early to make anything approximating a definitive assessment. “If we were to dismiss the potential of every 10-year-old child who didn’t quite seem to have his/her act together, we would have a fairly bleak view of the future of humanity,” cracks Mike Seiman, founder and ceo of digital ad media firm cpx Interactive.

Many within the community believe that, in fact, display might be at the beginning of its run. The technology is getting smarter, as are marketers and Internet users. “The culmination of those three major changes is what’s pushing display’s evolution,” says Todd Garland, founder of online marketplace BuySellAds.

Still, even the hardiest boosters acknowledge a handful of problems that, fairly or not, contribute to the perception that display is a format in decline. There’s far too much inventory, especially now that tablets and smartphones have been added to the mix. Even though that inventory can be accessed far more easily than before, there’s still a degree of clutter seen in few other ad formats, online or off. “The last decade has been spent creating more of the same inventory than anyone knows what to do with, using the same silly display boxes we all tend to ignore — again, because we have been trained to do so,” shrugs Chris Cunningham, cofounder and ceo of appssavvy, creator of the adtivity display platform.

Complicating the matter further is that individuals making a pro-/anti-display case can’t decide on which online ad formats should be lumped under the display heading. Some limit their analysis to the content that can be crammed into a traditional 728-by-90 or 300-by-250 pixel space, while others believe that all Web advertising is, at its core, display advertising. “I consider promoted tweets and Facebook ads to be display ads,” Garland continues. “But nobody will call them that because that would make them harder to sell.”

And then there are the wounds that have been self-inflicted. One is best framed as a branding pratfall. In the industry’s infancy, display publishers focused on the click and nothing but the click; measurability was billed as a primary selling point. As a result, the industry more or less devalued individuals who were exposed to a particular ad, but either declined to click on it or clicked through but stopped short of taking a desired action.

Display adherents wonder why more traditional media hasn’t been dinged by similar thinking. “Would you expect a person on the highway to immediately pull off to the side of the road and pick up a phone purely because they saw a billboard? Or hear a radio spot and stop what they’re doing and race to the nearest store? Of course not,” says Bob Burch, digital media supervisor at ad/pr/digital media firm Martino Flynn. “So why should we expect this from someone on the Web?”

Given that publishers heavily invested in display framed its virtues in the context of measurement and measurement alone, it’s no surprise that a slip in key metrics would prompt nonbelievers to start up a chorus of I-told-you-so. “The industry built into its existence the idea that it would live and die by this kind of measurement in order to establish instant bona fides,” Seiman says. “‘Let tv, print and radio do your branding,’ is what the industry seemed to say. ‘I will carry your direct-response needs and deliver measurable results directly to your bottom line.’ That might’ve been a smart short-term strategy, but it left little room for display to illustrate its chops in the far more scalable worlds of reach, frequency and branding.”

And then there’s the problem cited most often by even the staunchest display disciples: quality of creative. Most commentators believe that creative is undervalued and/or underrealized in the display context; “wasteland” is the word most often used to describe such terrain.

“The space is too short to have a meaningful impact, and too annoying to keep anyone’s attention long enough to make one,” says Bryan Del Monte, president of Del Monte Agency, which bills itself as “the non advertising agency.” “With most online display, the ads that are shown are often entirely disconnected from the content, and rarely tell a story other than ‘Hey you! You should be buying me!’ ”

Finally, until recently display hasn’t afforded advertisers the freedom to experiment, especially when contrasted with other ad formats. “[Paid-search marketers] spend a significant amount of time crafting specific ad copy against a top keyword or keyword groups that represent a specific user intent. They extend significant effort to test across many different audiences based on the keywords and the intent they represent,” explains Keith Wilson, vice president for agency products at search-engine marketing consultancy The Search Agency. “It is more arduous to do that with display because it doesn’t just require a simple text change; it requires different graphical representations, formats and text.”

So how do we cure what ails display? To begin with, the format must do a better job of quality control — as witnessed by an unfortunately worded ad served across the Web at the end of May, in which the viewer was invited to “join Michelle [Obama] and ask Barack, ‘Are you in yet?’ ” Along those lines, publishers and marketers might start minding their messaging more than they have to date. “There has to be an insight or an appropriate call to action,” says Jim O’Rourke, vice president of media at media/ad agency Slingshot. “It’s not a billboard that runs online with a ‘click here’ message. You have to make it relevant or enticing.”

It wouldn’t hurt if the industry changed the way it positioned and sold display ad inventory. “There is enough research out there now that shows that a banner ad can generate just as much awareness as a tv or print ad. And many times, it can be more cost-effective,” Burch argues. “That needs to be the point we’re pushing when including online display on any media plan.”

Publishers and marketers who believe in display advertising will also continue to hope for universal standards of measurement — which, to date, have proven elusive, even with big dogs like Nielsen and Google on the case. “Right now, they’re not perfect, and not everyone can afford access to these tools,” Burch says. Broader rules for display, especially in regard to standardizing formats across multiple ad-serving technologies, would also help. “There are rules on ‘how to do a print ad.’ Online would benefit from something similar,” says Del Monte. “That’s a primary reason why you see so few agencies and advertisers doing multimillion dollar campaigns in display advertising. It’s like trying to lick a postage stamp while jumping on your bed in the dark: possible, but really hard.”

Finally, display has to play the timeliness card. tv ad campaigns, for example, can take over a year between when they’re birthed and when they’re ready for public consumption. Display, however, is already much lighter on its feet — and some interested parties, like Colin Jeavons, president and ceo of Vertical Search Works, envisions it becoming even faster and more responsive: “Imagine an event occurs in the morning and in the afternoon an online display campaign goes live — and it’s timely and very interactive, and speaks to consumers’ interests by appealing to their desire for instant gratification.”

Asked to predict where display advertising will find itself a year from now, most pundits play the hyper-mega-ninja-turbo-convergence card. They expect larger virtual canvases, which will house an amalgam of video, social media and other content that provokes engagement. They believe that the promise of smartphones and tablet devices will fuel innovation, given the coveted combination of ubiquity and inherent interactivity.

At the same time, everyone expects more experimentation than we’ve seen to date. “The Internet provides a great test bed to try out lots of little ideas, instead of trying to be Don Draper and come up with the massive big concept and then bet the farm on it,” Del Monte notes. “Perhaps display ads and Internet advertising in general, especially YouTube and Google display advertising, can be used as market research to figure out what display concepts have the greatest pull.”