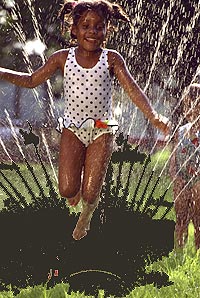 School buses may be revving their engines, but so far, the typical back-to-school shopper hasn’t even finished half of her list, according to the latest polling from the National Retail Federation.

It’s not that they aren’t paying attention. In fact, there are fewer procrastinators, compared to last year, with just 26.9% of school shoppers saying they haven’t even begun, vs. 28.3% for K-12 last year. For college shoppers, only 28.5% say they have yet to start, compared with 31.1% last year. It’s just that they don’t seem to be in any hurry to finish, either. The average person with children in grades K-12 has done 40.1% of their shopping. College shoppers are slightly ahead, having finished 45.3%.

Stores pay close attention to this particular game of cat-and-mouse, with consumers holding on to see if stores will begin putting essential items on sale, since it is often considered a sign of how deal-hungry consumers may be as the holidays get closer.

And while total spending is expected to top $83 billion, it’s clear shoppers are watching for sales. For example, of those with kids in grades K through 12 who have begun shopping, 38.5% say that coupons, sales or promotions influenced at least half of their school purchases. (That’s down a bit from last year, when special prices drove 41.5%.)

The survey, conducted for the NRF by BIGinsight, also found that discount stores will likely be the biggest winners in the remaining shopping excursions, with 59.6% of respondents saying they plan to finish up there; 54.4% planning to wrap up shopping in department stores, and 42.9% ending at clothing stores.

While overall, 27.2% of back-to-school shoppers plan to complete the rest of their shopping online, that percentage climbs to 34.6% among college shoppers. Tablets are also emerging as the season’s big stars, with close to 70% of tablet owners saying they plan to use the device to help with back-to-school shopping, as do 58.7% of smart phone owners.

“Mobile continues to drive the conversation in the retail industry,” the NRF says in its release. “And when it comes to back-to-school, retailers have spent months preparing their mobile promotions in anticipation of one of the biggest mobile shopping seasons we’ve seen yet.”