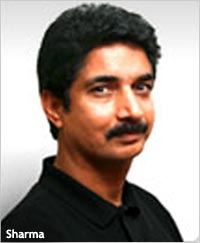 Gannett Co. Inc. announced Tuesday it was acquiring social-media marketing firm Blinq Media to help build out its digital marketing services for brands and agencies. New York-based Blinq develops and executes ad campaigns on Facebook and other social networks. Terms of the deal were not disclosed.

However, it is believed to be less than the figure of up to $92 million total cited by TechCrunch, which first reported on the transaction earlier this month. The acquisition follows a series of other recent deals in the social media ad space, including Oracle's purchase of Vitrue and Involver, and Salesforce.com buying Buddy Media for nearly $800 million.

For Gannett, its aim in snapping up Blinq is to upgrade its in-house social marketing expertise as part of a broader push to expand its digital marketing business alongside its core media properties.

Sharma explained the company is interested in harnessing Blinq's social advertising platform and know-how to help marketers target local audiences, working together with other digital units like ShopLocal, specializing in local retail advertising. “We'll bring Blinq to our customer base, with ShopLocal, to national customers, then small businesses as well,” he said.

To that end, Gannett in the last month rolled out its first campaign with Blinq and ShopLocal on behalf of regional supermarket chain Meijer. The media company boasts 150,000 national and local advertisers across its properties in publishing, broadcast, digital and mobile.

Gannett reported digital revenue in its publishing segment increased 29% in the second quarter, driven by higher sales from its digital advertising and marketing solutions business. But overall revenue in the quarter was down 2% to $1.3 billion, reflecting softer ad demand more widely.

With Blinq, Gannett stands to capture a larger share of the ad dollars flowing to Facebook, Twitter and other social properties. BIA/Kelsey projects U.S. social media ad spending will grow to $4.8 billion from $3.8 billion in 2011. For its part, Blinq will remain a separate entity within Gannett and maintain its New York City headquarters and sales and support offices in London, Chicago, Boston, Los Angeles and San Francisco.

Blinq CEO Dave Williams will report to Sharma. The company, which works with some 600 advertisers, is a Facebook Ads API partner and a Facebook Preferred Marketing Developer.