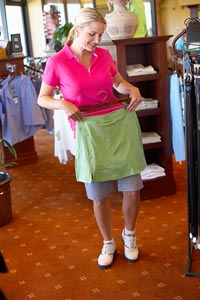 A new report from Forrester, based on 4,500 adults, delineates device use among three types of shoppers: “Super Buyers,” those who are highly connected and fiercely shopping off both tablets and phones, and account for 17% of the population; “Connected Traditionalists” who make up about 25% of the population and do most of their shopping either by computer or in physical stores; and plain old Traditionalists, the 59% who do most of their shopping in stores.

Of the three, the report finds, Connected Traditionalists offer the greatest room for growth. “The relative size of this segment will grow over time and steal share from Traditionalist shoppers as the uptake of smartphones and tablets continues to expand to the general population, and digital channels become a ubiquitous part of the shopping process,” writes Gina Sverdlov, consumer insights analyst. “They are also the most receptive to advertising, and most likely to share positive shopping experiences with others.”

Turns out that shopping preferences have little to do with actual connectivity. For example, Traditionalists, who do shop online, are the group most likely to own a computer or a laptop. And Connected Traditionalists are virtually just as likely as Super Buyers to have tablets and smartphones. Instead, it has to do with consumer preferences, brand loyalties and habits.

Super Buyers, for example, may be the youngest (with an average age of 34 and average income of $88,900) and the most tech-focused (33% own a tablet, and 30% have an Internet-connected TV) , but they are also the most likely to shop via such old-school channels as print catalogs and infomercials. And while a quarter of the tablet owners say they carry them everywhere, they are also the group most likely to be making impulse buys in physical stores. (Some 22% say they are doing so more than they did a year ago, compared with just 3% of the other two groups.) They are more brand loyal, and less price sensitive.

The Connected Traditionalist, the most affluent with a household income of $93,000, is just as likely to own a tablet or smartphone. But “only 13% say it’s likely that they will shop using the mobile Internet in the next three to six months, compared with 40% of Super Buyers; just 22% say it’s likely they will shop on their tablet on a website, compared with 42% of Super Buyers,” the report says.

Bonus: They are the group least likely to hate marketers’ ads, with just 47% describing ads as annoying and intrusive, compared to more than 50% of other two groups

Traditionalists are the oldest group, with an average age of 49, and the least affluent, with a household income of $72,500. While they are the least likely to shop on a portable device, even if they own one, “about half say they are likely to buy something online on a computer in the next three to six months.” And when they do, they are the most likely to expect a seamless experience between store and online shopping.