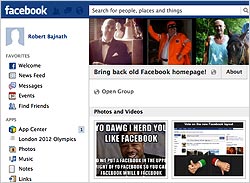 In February, eMarketer predicted that Facebook’s total revenues would surpass $6 billion this year. Yet amid persistent marketer concerns -- and a clumsy public debut -- the research firm is lowering its revenue expectations to just over $5 billion.

“Major marketers are still questioning the effectiveness of advertising on Facebook, and they are concerned that their ability to measure results is underdeveloped,” according to eMarketer analyst Debra Aho Williamson. “Facebook is working on addressing these concerns, but it must move even more quickly.”

Trying to clear up a widely held misconception about Facebook’s business, eMarketer said the revision downward does not reflect concerns about the company’s mobile ad business. “While the February forecast included the assumption that Facebook would start to sell mobile advertising this year, eMarketer did not expect that it would become a meaningful contributor to revenue in 2012.”

Still, the new forecast lowers expectations for Facebook revenues by more than $1 billion for the year. It follows what eMarketer calls "a trend evident from most other firms that have looked closely at Facebook’s revenues over the past year."

Ad revenues at the social-networking giant will continue to rise this year, although at a significantly lower rate than in the past, according to eMarketer.

Next year, eMarketer expects Facebook revenue to increase 31% as the social network fully rolls out new ad products, such as its highly anticipated ad exchange. International revenue is also expected to climb with the expansion of the company’s mobile ad business.

Also of note, revenues from Facebook Payments and other sources are rising more quickly than ad revenues, but from a much smaller base.

This year, the social networking site will take in $811 million from sources other than advertising, which represents an increase of 45% over last year, eMarketer found.

However, paid ads account for the vast majority of Facebook’s total revenue, although its share has been dropping over the past several years. As recently as 2009, advertising accounted for 98% of the company’s intake, while this year that percentage is projected to fall to 84%.

“The technology underlying the Facebook Marketplace automated ad-buying platform is robust and will continue to support higher levels of spending,” according to the research firm, which added "as Facebook rolls out similar automation to its Premium ad offerings, such as Sponsored Stories and other newsfeed ads, those ads will perform better.”