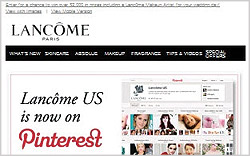 Despite the rise of social, email remains a strong channel for brands to engage consumers.

“More than 55% of brands had statistically significant increases in open rates for [the second quarter] 2012,” according to Regina Gray, vice president of strategic services at Experian’s CheetahMail unit.

“While click rates continued to show a year-over-year decline, there is some evidence that the rates are stabilizing,” Gray added.

She calls email "the most effective channel to connect with customers." Research indicates "a growing trend of brands utilizing social capabilities to acquire and engage consumers and fans across these new media channels.”

Broken down by sector, travel and consumer products and services emails reported the largest volume increases, with 41% and 19%, respectively. Media and entertainment emails also reported a double-digit increase of 17% year-over-year.

That said, there was only a 2% change in “all Industry” email volume from the first through the second quarter of 2012, as all verticals (except travel) experienced less growth than they did during the same period a year ago.

Experian’s report also analyzed second-quarter mailings that had a reference to a social media site in the mailing name or subject line of the email -- such as Facebook, Twitter, and Pinterest. They were then compared to the performance of all other mailings from the same clients for the same time period.

Also of note, coupons had a 50% higher click rates and double the revenue per email than campaigns without such offers.