The Richer You Are, The More You Read Print 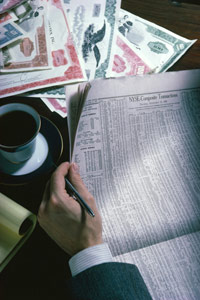 Should marketers of luxury products be doing more print advertising? It couldn't hurt.

Affluent consumers like hard copy, despite their over-indexing for digital-media devices. The new Ipsos MediaCT’s 2012 Mendelsohn Affluent Survey shows that 82% of those with annual household income of $100,000 or more are reading more print pubs.

In particular, affluent women in households that make $100,000 or more annually, and "ultra affluents" (those with household income $250,000 or more) are heavy print consumers, with the highest reach and number of titles and issues read. Ultra affluents consume approximately 25% more print media than last year, reading an average of 23.5 issues across an average of 10 titles, per the study.

And this is happening as affluent consumers have vastly increased their exposure to digital content and platforms. The 2012 Mendelsohn Affluent survey from Ipsos MediaCT found, for example, that 26% of affluent consumers personally own a tablet, and 47% live in a household with a tablet, a threefold increase versus 2011.

More than half now own a smartphone, up from 45% in 2011. The firm found that in 2012, 4.7 million Affluents downloaded a magazine app, nearly doubling from 2.4 million in 2011; seven million downloaded a newspaper app, up from 4.6 million in 2011. Affluents reported using the Internet an average of 37.4 hours weekly -- up 14% from 2011, with the largest growth seen in sites related to social media, entertainment and shopping.

Steve Kraus, chief research and insights officer for Ipsos MediaCT's Audience Measurement Group, says all of this new digital content isn't making people sick of print content, it's just adding tinder to the fire. "I think that instead of being satiated, consumers are made more hungry for content. We have yet to see the point that people are tired of it. There's real growth in interest. It's a bit like the all-you-can-eat buffet making you hungrier to try something else."

He says that among the 24% of Affluents who read at least one of the six national daily newspapers in hard-copy form, the total average issue audience increased by 3.9%, to 11.3 million. He adds that the Affluents and Ultra Affluents also have a particular taste for the kind of content one traditionally finds in national print publications, particularly the major national dailies.

"There's this desire for curated content," he says. "Of course you can go on the Internet and get stuff from anywhere, and you don't know the source and quality. So people look to brands for a guide. Affluents have a hunger for content synthesized from multiple sources in a thoughtful way, particularly as there is more and more information out there." That, he says, is driving growth in readership of nationally daily newspapers like The New York Times, The Wall Street Journal and The Financial Times.

Kraus says the data has implications for marketers of luxury goods and services. "I think one of the interesting things we have seen about print is that indexes even higher among Ultra Affluents, so true luxury is more of the market here," he says. "The world of luxury is becoming more contacted, and more focused on really high-end folks and they are the ones who read print. And our ad-receptivity measures show print advertising indexes really well because Affluents are consuming it in the time and place where they are open to it."

The study also finds that television still ranks first in advertising reach and receptivity among Affluents, with magazines a close second. Almost all affluent consumers the firm surveyed said they had watched TV the prior week, although there was a 4% drop in viewing to an average of 16.9 hours. Affluents also reported watching slightly fewer cable networks.

Kraus says that there was a bigger drop in cable viewing among affluents.

"We asked which of the 98 networks they viewed in the prior seven days, and the average number of cable channels dropped a bit, on order of 6%," he says.  Almost 60% of Affluents reported listening to radio in the past week, and among those listening, average time spent listening rose 4% to 10.6 hours weekly.