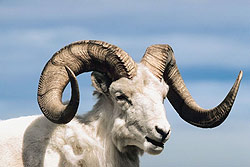 It isn’t exactly that Americans are less motivated to buy organic goods and greener products. In fact, they’re better informed and more engaged than ever. But new research from GfK Roper’s Green Gauge shows our willingness to pay more for such products is definitely declining.

Part of that change is that people equate greener products with higher prices, Diane Crispell, GfK’s director of consulting, tells Marketing Daily. And part of it is that they are more skeptical about how well products and services live up to those claims.

“It’s like eating healthier,” she says. “People know what to do. The struggle is the willingness to pay more to do the right thing. They are weighing the pros and cons of these decision differently, and we are a little surprised at how quickly this disenchantment and skepticism about products is settling in.”

They are certainly paying closer attention to the impact they have on the environment, with 73% saying they have purchased a product made from organic materials in the past 12 months. (Food, household cleaning, apparel, and pet food and supplies are the categories that have seen the most growth.) And in the past year, 93% have done something to conserve energy in their households, while 77% have made a conscious effort to save on water.

The study also found that people are increasingly turning to digital technology, with 29% of smartphone owners saying that they use apps, ranging from train schedules to home energy monitors. Naturally, that’s much higher for younger consumers, with 44% of Gen Z (ages 18 to 22) saying they use such apps, and 38% of Gen Y (ages 23 to 32.) And overall, 18% say social networks are a major source for information about the environment, with an additional 33% saying they are a minor source.

But she says that it’s not always safe to assume that younger consumers are greener. “It’s a mixed story,” she says. “The economic pressures on them are intense, so they have wallet constraints older consumers don’t.”

She says the research shows that it is tougher for marketers to use environmental claims to stand out. “We test many altitudinal statements in our research both in the U.S. and around the globe, and the one that comes up strongest is, 'Companies need to be environmentally responsible.’ So this is absolutely a consumer expectation for all brands.”