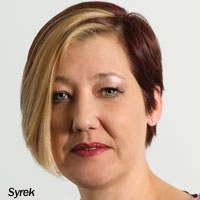 The future may be as simple as agencies working together

I realize most of you hate the word “integration” as much as I do.  It’s one of those trite words that has been bandied about so indiscriminately that it has become virtually meaningless.

Until now. To make sense of the perennially puzzling digital marketing arena, advertisers and their proxy agencies should embrace integration.

Our industry needs to wake up to the reality that the path to purchase has been fundamentally altered.  In 2009, McKinsey introduced “The Consumer Decision Journey” which we now refer to as the Loyalty Loop. The loop captures the circular, real-time dynamic that has usurped the linear conversation between brand and shopper.

Most brands have not moved beyond the status quo, despite ample evidence that integrated teams would be the catalyst to jumpstart brands’ practical embrace of the Loyalty Loop. This can’t be achieved until everyone works together. Pre-Facebook, our industry could afford to operate within walled gardens. But the explosion of social media has made integration imperative. Social media gave consumers the unspoken “right to voice.”

Because Social is so fundamental to the dynamic between brands and consumers, it reaches across multiple media buckets. Creative agencies, media agencies and pr shops, are busy carving out authority with chief marketing officers.

On top of that, emerging frenemies like Buddy Media and — full disclosure, my company Kinetic Social — are poised to also get the ears of cmos.  Because we are third-parties, and by default “just those vendor people”, we are also subject to “silo-ization” by agencies and their clients. Harbor no delusions; collectively we are more knowledgeable than just our “platforms.” The only way marketers are going to be able to harness the power of social media in an efficient way is to stop pitting sibling vendors against each other.  Every silo needs to be represented or else we fail.

When branded content became all the rage in our business, I saw how creative shops went to war with their media agency brethren over control of $2 million entertainment ideas. And for the campaigns that made it through this gauntlet, I watched many of these high dollar efforts flounder due to an inability to accept input from other voices.

The fragmentation of consumer media options has sparked the need for a reconsolidation of the agency model.  Though it may seem crazy, creative agencies and their media counterparts will again be rebundled in a wholesale manner. There are current examples of this very strategy (wpp Group and Team Detroit). I wouldn’t be the least bit surprised to see all of the major holding companies creating more of these integrated units to service major multinational clients.

Short of rebundling, agencies and clients need to commit themselves firmly to integration. I’ve been involved in enough case studies during my years on the agency side(as social media lead at media shop Mindshare) to know that integration works. For Unilever’s Axe brand, Edelman; bbh; Razorfish; and Mindshare collaborated on many successful campaign launches. It wasn’t easy, but it was worth the effort.

Sometimes those much-maligned client procurement people can play a helpful role in integration. I can recall a project for gsk Asia-Pacific where procurement told all parties — including tbwa, Yahoo! and Mindshare — to play nice.  There were no “us” and “them”; all were seen as equals. As a result the planning was much more efficient.

For integration to really take hold, brands have to demand it. The question is: do they have the energy to do so and do agencies and vendors have the ability to let go of their fiefdoms? The answer could play a crucial role in the future direction of the agency business.