Shoppers Slowed Down In September 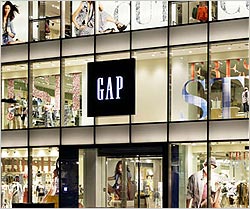 Despite standout performances from brands like the Gap and TJMaxx, most retailers reported somewhat sleepy September sales, as consumers took a bit of a spending break after back-to-school shopping.

Overall, sales at large U.S. chain-stores gained 3.9% in September, compared to the year earlier, reports the International Council of Shopping Centers. Wholesale clubs had the best performance, increasing 6%, followed by a 5% bump in clothing chains, and a nearly 9% drop at drug stores.

The trade group says September sales remained healthy, albeit more subdued than August, in part because August was more promotional, and also because the BTS season was more concentrated this year.

Some brands had plenty to be happy about, though, including the Gap, where overall same-store sales rose 6%, including a 4% gain at Banana Republic and 10% spike at Old Navy. And both Limited Brands and Ross Stores say their comps increased by 5% for the month.

Department stores struggled a bit, with results at Macy’s growing just 2.5%. However, it says, the combined August/September period saw a gain of 3.6%. “Our sales in the two-month August/September period, which includes the back-to-school season, were consistent with our positive year-to-date trend. We continue to feel good about the remainder of our fall season as we begin to ramp up receipts of fresh inventory for the cooler weather ahead,” it says in its release.

Sales at Nordstrom gain 4.4%, and results were also more tepid at more value-oriented stores. At Target, sales inched up 2.1%, in line with its expectations. And at Kohl’s, sales actually dropped, falling 2.7%. But TJX, owner of Marshalls and TJMaxx, says sales at its stores climbed 6%, which it described as “well above plan,” and says it saw traffic increases at each of its brands.

While retailers are already gearing up for the holiday push, the ICSC research anticipates that October’s sales pace will remain consistent, and is predicting an increase of between 3.5 and 4.5%.