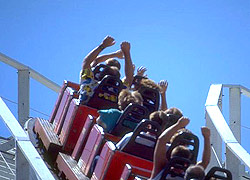 Global investments vary per region and engine. Among Covario's clients, Google held 87% of the paid-search spend market share. Advertisers spent 34% more on Google in the third quarter compared with a year ago, and 8% sequentially. The Yahoo-Bing Network took 10% global market share. Marketers spent 25% more in the quarter on paid-search ads compared with the year-ago quarter, and 5% more sequentially.

The healthiest gains in Q3 and Q4 2012 remain in the Americas. Marketers in the Americas led by the U.S. and Canada spent 39% more year-on-year and 7% sequentially. Investments should rise in Q4 between 18% and 20%, according to the report.

The uncertain economic recovery in Europe slowed increases to about 10% compared with the year-ago quarter, and 1% sequentially, prompting Covario to reduce its paid-search spend growth forecast to 5% and 10% for the region.

In Asia-Pacific, marketers spent 45% more in the quarter, while sequential growth fell to 7%. Covario also lowered its annualized forecast for the region to between 35% and 40% growth.

Baidu -- China's leading search engine with 80% market share -- saw media spend on its paid-search platform rise about 55% compared with the year-ago quarter, but sequentially investments fell 20%. Covario estimates Baidu still accounted for about 5% of global paid-search spend, accounting for about 26% of the world’s clicks.

Mobile devices had a 90% year-over-year and 17% sequential lift in the quarter. The cost-per-click for tablets rose 1 percentage point in Q3 compared with desktop CPCs, while keyword pricing for smartphones hovered around 63% of desktop CPCs, according to the report.

Covario attributes "the rise in tablet CPCs to Google’s advertising default opt-in to desktops and tablets, plus a higher degree of user engagement, content consumption, and consumer purchase affinity on the tablet platform."