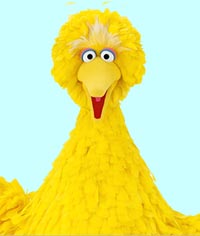 It has become increasingly clear as Halloween and the holidays approach that content drives Web site traffic, whether from a click on a paid-search ad to a landing page, or sitelinks and Google Shopping ad in search engine query results. Localizing content and keywords will become important this holiday season.

On YouTube there are a countless number of videos with costume suggestions and tips on how to find and put together the pieces. HobNob wines hired a makeup artist to offer up tips for applying Halloween makeup. CorsetChick.com also took an ad on YouTube to show women costume options.

Agencies and brands can get creative, but without optimizing the videos uploaded to sites like YouTube no one will find them in search engine queries or YouTube search results.

Localizing should play a major role in content optimization, but these stats demonstrate a national average. American consumers will spend $8 billion this year on Halloween, with an estimated $2.87 billion on Halloween costumes, according to a NRF survey conducted by BIGinsight. The average person will spend $79.82 on Halloween candy, costumes and decorations.

The NRF's 2012 Top Costumes survey estimates that nearly six million adults plan to dress as a witch this year, and 3.2 million will dress as vampires. Princess costumes take the number one spot for kids at 9.7%, with Batman at 5.4%, and Spider Man at 4.6%. With the November elections not far behind, more than 67,000 Halloween partygoers will wear some sort of political-related costume.

A couple of interesting stats in the past 30 days point to Google searches for "psy costume," which rose nearly 300%. Searches for "Gangnam style costume" jumped more than 400%. And, searches for "big bird costume" rose nearly 500% since the first presidential debate and the discussion about the Sesame Street character.

When it comes to our pets, searches can become a bit confusing without the correct keywords. This year, Google searches for "cat halloween costume" rose 35% compared with the prior year, but it's not clear whether they are looking for cat-like human costumes or a costume for their pet cat. The main search results return cat costumes related to pets, while the paid-search and Google Shopping ads serve up cat costumes for humans. Searches for "dog halloween costume" rose 50% year-over-year and are highest in Ohio.