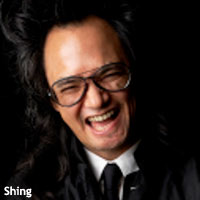 As a media currency, ratings are “rubbish.” The new currency is “attention.” That’s according to David Shing, who holds the title of digital prophet at AOL.

He set the stage at the GroupM “What’s Next” conference in New York Tuesday. But perhaps his best line in a 20-minute rapid-fire presentation about current and future digital trends was: "Mobile is the first screen -- not one of you walked in here with a TV today.”

Shing also advised marketers to do more in the digital world and not think about it so much. Toyota, for example, created a backseat driving app, so kids can pretend to be driving the actual route that the car is taking, just like mom or dad. Instead of offering recipes, Starbucks created a “send us your recipes” app and 75,000 of the company’s fans did.

Failure, Shing said, is part of the learning process. It’s going to be a mobile-dominated media world and marketers have to embrace it, he added.  Both experimentation and simplicity are necessary in the mobile space. “Participate in the playground,” he said.

In between bits of advice, Shing offered notable figures. One in six Twitter feeds start on mobile today, he noted, while 68% of mobile use takes place in the home.

We’ve already moved from the information age to the social age, said Shing, which means that marketers have to be “reactive, relevant and remarkable.”  In the world of digital commerce, “gesture technology” will displace swiping technology. With the right combination of technology, content and distribution marketers “can do anything,” he asserted.

The second annual What’s Next conference, which runs through Wednesday, is put together by GroupM’s digital think tank unit GroupM Next and is designed to highlight the latest trends and future trajectory of digital technology and marketing techniques. This year, the conference is being streamed live from the What’s Next Facebook page.