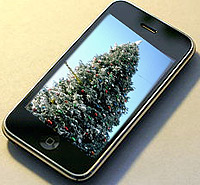 That gushing sound you hear is the roaring torrent of surveys and market studies coming down river this week, all purporting to define and predict the coming holiday shopping season. It is a given that mobile devices will figure at least as prominently this year as last in the hands of smartphone-wielding deal hunters. But it is best to keep perspective in all of this talk of showrooming, customer poaching and the migration to devices. The desktop is still master of the e-commerce domain.

In a new survey of 550 consumers and their expected shopping channels this holiday, Zmags says that 93% of online shoppers will use desktop or laptop for for their gift hunting at least as much as last year (64%) or more (29%). Meanwhile on the growing tablet platform, 44% of online shoppers expect to use one this year, with only 19% planning to use them more than last year. Mobile will be used for shopping by 41% of those using digital channels, but only 13% expect an uptick in their dependence on them. And we are nowhere near a place where we can start talking about “desktop cutters,” because only 1% of those using digital channels say they do not plan to use a traditional PC.

To be fair, 5% of respondents did say they will use the Web less compared to only 2% for the tablet and 4% for the phone. Brick-and-mortar are the big losers, with 17% of shoppers expecting to use physical store locations less often this time and 11% who will use mail order catalogs less.

Overall, mobile platforms are the fastest-growing channels for making purchases. Zmags finds that 44% of online shoppers expect to make a purchase on a tablet this holiday. In some categories of discovery and search -- especially deals and incentives -- they are becoming the preferred platforms, as well as the way that many are using their social networks.

And on the upside for device-based shopping, those who do use these channels are doing so with greater frequency than those using other channels. Among those who use them, tablets are as addictive for shopping as advertised, with 45% of T-shoppers expecting to use them at least weekly compared to only 30% who expect to be walking into a store. And 32% of mobile and tablet-based shoppers think they will make a big-ticket purchase on these channels this holiday.

Zmags offers a platform for digital catalogs. The company recommends that the always-on, multi-screen shopper requires retailers to be vigilant with their content. Since devices seem to enable and inspire higher visit frequency, Zmags recommends a constant supply of fresh content to sites to give m-shoppers something new when they make their repeat visits.

The new shopper is not only multi-screen but truly multichannel. The study finds that print magazines and catalogs are not being wholly rejected, since 40% of respondents say they plan to use them for discovering gifts. But discovery rather than actual shopping is key. Only 42% of page-flippers say they will make mail-order purchases from the print books.

Personally, I would like to see more research on the multi-screen purchase path and how consumers perform different parts of their research and reach different stages in the decision process on the various screens. It seems to me the next stage in mobile and tablet development must focus on tracking that user from and to the desktop. I suspect many users already jerry-rig their own sinews among the screens. One of the earliest phenomena observed by mobile media sites (who cared to look) was people emailing articles…to themselves.