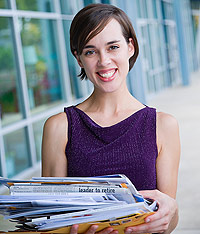 Mobile has generated buzz lately as a rapidly growing tool for holiday shopping. But an annual survey by marketing services provider Epsilon suggests most people still aren’t crazy about getting messages on their mobile devices.

The company’s Channel Preference 2012 report found, for instance, that 80% of U.S. consumers surveyed are not yet interested in receiving location-based mobile offers during or after a visit to a brick-and-mortar store. Mobile users, however, were more likely to be open to receiving messages via digital means than non-users.

Consumers overall continue to favor direct mail over e-mail and company Web sites as communication methods. A majority surveyed again reported getting an emotional lift from postal mail, with 62% of Americans saying they enjoy checking their mailbox.

“It comes down to trustworthiness,” said Warren Storey, SVP of product marketing and insights, at Epsilon, the marketing services division of Alliance Data Systems. “Direct mail is still above lots of other addressable media." For example, direct mail had 18% trustworthiness versus email, at 11%.

Almost three-quarters (73%) said they get a lot of emails they don’t open, and 67% said they get too many emails in a day. The study also examined attitudes toward emerging marketing efforts across SoLoMo (social, location, mobile). It found that people are not quite ready to embrace location marketing in relation to receiving offers on their smartphones during or after a visit to a retailer.

However, Epsilon found that 40% to 50% of U.S. and Canadian smartphone and/or e-book readers were likely to prefer digital channels than non-device owners. Furthermore, U.S. tablet users like the convenience of their devices and were 50% to 60% more likely to prefer getting marketing information via email and the Internet than those without smartphones or e-readers.

When it comes to marketing in social media, a trust gap remains. Sites like Facebook, YouTube and Twitter are rated as the least trustworthy sources -- each at less than 10%. In addition, consumers showed little interest in receiving offline information and offers from brands they have “Liked” on social sites, at 17% in the U.S.

“What the industry is seeing is a big move toward online media,” he said. “It's a much smaller channel than most of the traditional addressable media channels, but it’s growing at a much faster pace.” To help keep up, Epsilon parent Alliance Data earlier this month acquired digital marketing agency Hyper Marketing for $460 million.

The Epsilon findings were based on completed surveys from 1,991 U.S. consumers and 3,816 Canadian consumers conducted in June.