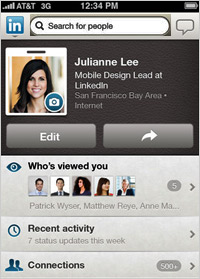 Kenshoo and Shoutlet have inked a partnership that integrates paid, owned and earned media. The offering through Kenshoo Social allows marketers to optimize social media campaigns. It also supports cross-channel marketing communications and content marketing. The partnership will give marketers visibility into the impact of owned media assets as well as paid social advertising. It will help brands to better understand how paid and owned social media activity contributes to the purchase process.

ZenithOptimedia, which released its U.S. Advertising Expenditure Forecast Monday, estimates that marketers will spend 27% more on social media and 15% on paid search this year. When it comes to optimizing content -- even news -- to drive search marketing, marketers will invest more in social sites. The most dramatic change in news this year became the rise of social networking sites. Interestingly, the percentage of Americans that said they saw news or news headlines on a social networking site doubled from 9% to 19% since 2010.

When it comes to search engine marketing, ZenithOptimedia predicts spend will rise 15% this year, 14% in 2013, 13% in 2014 and 12% in 2015. Several factors will drive the increase -- advertisers will dedicate incremental spend to Google Product Listing Ads (GPL) in Google Shopping, mobile ad enhancements like click-to-call and geotargeting, and search engines will continue to battle for the local information source across screens by incorporating more localized content.

Other contributing factors include four-screen strategies with content and media shared across desktop, television, smartphones and tablets. Tablet search patterns give branding marketers the opportunity to connect experiences across screens, thus driving incremental branding budgets to paid search. The Yahoo Bing Networks (YBN) has seen increases in search ad click-through rates (CTRs) and is 29% higher than Google in Q3 2012, according to Kenshoo.

The return-on-ad (ROA) spend from paid search on Yahoo Bing Network rose 28% higher than on Google. As a result, advertisers have been increasing their expenditure with YBN.

Overall, ZenithOptimedia's forecast predicts that global ad expenditure will grow 4.1% in 2013, reaching $518 billion by the end of the year.