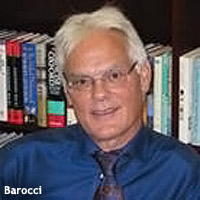 Bob Barocci, the Madison Avenue vet who has overseen the ad industry’s Advertising Research Foundation during one of the most tumultuous periods impacting media and marketing research, will retire Dec. 31, 2013, ten years after he joined the organization following a career as a top ad man at legendary agency Leo Burnett.

Barocci will begin transitioning from his full-time role as president-CEO when a successor is named in the spring of 2013. The ARF is officially beginning the recruitment process for Barocci’s successor today, and is using Don Tebbe of TransitionGuides Inc. to screen candidates.
The new ARF chief will oversee an organization of 35 staffers, including many former top marketing executives who have joined over the past couple of years. The ARF’s 2013 budget is $9.4 million, and its membership includes more than 400 advertisers, agencies, associations, research firms and media companies.
During Barocci’s term, the ARF became much more reliant on revenues from media companies, especially big, well-capitalized digital media conglomerates that understood the value that media and marketing research have in influencing media and advertising decisions. While the ARF has gotten some heat for that, the move helped stabilize the organization, which was losing members and revenues when Barocci took over in September 2003.
Under Barocci’s leadership, the ARF also dramatically accelerated its role in digital media and marketing, published several important resource documents including the Online Advertising Playbook, and also pushed the ad industry to “rethink” the way it views advertising research and how it influences the advertising process.
In fact, the ARF effectively rebranded its annual conference Re:Think, and began exploring some pretty high-concept ideas that challenged the precepts of advertising and marketing research, especially breakthroughs in neuroscience and a host of new technologies and suppliers that can measure the way advertising and media influence the wiring of consumers’ brains. Those initiatives have given rise to a whole new field of media and marketing research dubbed “neuromarketing” research -- which some believe could rise to be as big, or even bigger than, the current sampling-based research industry.
Barocci -- who was probably the first chief in the ARF’s 76-year history who was not a hardcore research wonk -- previously was a top adman at big multinational agencies such as WPP’s Young & Rubicam and Publicis’ Leo Burnett. Prior to joining the ARF, he was president of Leo Burnett International.
advertising, research
2 comments about "Barocci To Retire As ARF Chief, Search For Successor Begins Today".
Check to receive email when comments are posted.
Read more comments >
Next story loading