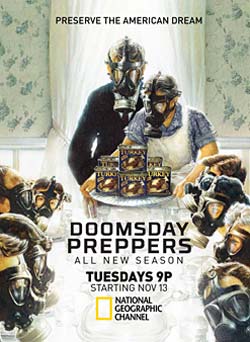 For its strategic breakthroughs, mediahub/Mullen goes beyond asking what to buy. Instead, it creates an enduring love story between the traditional and digital realms. Think of it as Media with a capital M.

Even before winning National Geographic and hitting a homerun campaign for JetBlue, John Moore knew 2012 was going to be a big year for mediahub.

Sure, Moore and his team had seen success since he joined Mullen’s media-planning and -buying shop in 2009. They quickly won the JetBlue account, set up a enviable mobile division, and launched a media-insights tool named Nexus designed to help clients better navigate media channels.

But, as Moore explains, it took time for mediahub to “build its own identity within the Mullen framework.”

“First, we proved that we could win media-only new business against the strongest and biggest unbundled shops in the country,” says mediahub/Mullen’s Chief Media Officer. “As mediahub started to build its own identity within the Mullen framework, it was critical to break through in this area.”

The payoff? “In 2012, we beat notable shops like Universal McCann, Spark, mpg and Mindshare.”

Along with winning the National Geographic Channels business — worth an estimated $40 million — the group retained the Timberland account, while picking up new media assignments from Ask.com, Olympus, ’47 Brand and CenturyLink.

Existing and new, clients sense that Moore and company are operating at a higher level. “mediahub is distinct from other agencies in that they take pride in experimenting and taking calculated risks with media investments,” says Lisa Borromeo, Director of Advertising & Brand at JetBlue.

“Every mediahub plan is infused with a dose of ‘What can we try that has never been done before?’’ Borromeo says. “Mediahub is not shy about asking publisher partners to create new units for us to test. In fact, they foster relationships that allow for beta and first-to-market opportunities.”

That approach was clearly on display in “Get Away With It,” an ambitious JetBlue campaign that gave mediahub the opportunity to rethink the use of original content.
“We landed on a breakthrough content idea by unearthing a powerful insight about how consumers think about packaged, inclusive vacations,” says Keith Lusby, SVP and Group Media Director at mediahub.

“The insight was that people think about all-inclusive, packaged vacations in the context of game shows. Particularly iconic, venerable shows like The Price is Right and Wheel of Fortune,” Lusby explains. “Rather than flood travel content channels with standard banners and :30 tv spots, we mapped out a different consumer journey based on research that told us consumers were looking to be inspired by where to go.”

Mediahub marketed “Get Away With It” as a TV show and promoted it on entertainment sites like TVGuide.com and People.com. It also provided access to the content by streaming the live shows — 25 over a five-day period — in banners, as well as installing “storefront” type interactive units in high pedestrian traffic areas in Boston and New York.

Finally, the shop provided real utility by partnering with social sites like Viggle — where visitors earned points for watching content — while pushing mobile promotions, including add-to-calendar functionality to remind people about show times.

The content-led strategy helped mediahub solve JetBlue’s issues with both brand familiarity, which went up 117 percent, and online linkage to JetBlue. (That soared 243 percent as a result of mediahub’s efforts.)

Better yet, on average consumers watched over nine minutes of each 12-minute episode, while they were live-streaming in banners on third-party Web sites.

“We went into this thinking maybe 1,500 people would sign up to be contestants,” he says. “After all, we ran relatively moderate media support in less than 10 percent of the country, and the sign-up process was 10 to 15 minutes long and required a Skype account … We had over 13,000 sign up in the first week.”

This was that type of work that, in March, convinced National Geographic to team up with Mullen’s media shop.

“Mediahub gave us the rationale and courage to move away from a media strategy that had gone stale,” says Courteney Monroe, Chief Marketing Officer at the National Geographic Channel and Nat Geo Wild.

“The strategic thinking [mediahub] brought to the campaign for the second season of … Doomsday Preppers, was a great example of how it integrated our brand into unexpected arenas to create meaningful buzz that would translate to ratings.”

To launch season two of the Armageddon-obsessed series, mediahub set out to bring to life the realities of prepping for the apocalypse, says Sean Corcoran, svp and Director of Digital and Social Media at the unit.

Food trucks in metropolitan areas like New York and Los Angeles were equipped with “survival elements” to hand out along with tune-in information. Print publications asked readers to volunteer their “must-have” essentials for the end of the world, including playlists in Rolling Stone, recipes in O, The Oprah Magazine, purse essentials in Us Weekly and recordings of the greatest games of all time in espn.

“In digital, we created original content, including a video featuring the popular YouTube star fps Russia, educating viewers on the best weaponry to have on hand for the end of the world,” Corcoran explains.

A tongue-in-cheek video on AccuWeather outlined potential weather disasters with a fictional weather forecast, urging users to tune in to the show for more info.

To accelerate social sharing, the popular Web site BuzzFeed showcased recipes for the end of the world, and five sponsored cards on Someecards offered a way for users to wish their friends a happy end of the world with an electronic greeting.

“Finally, to capitalize on co-viewing trends,” Corcoran adds, ”we leveraged the IntoNow social tv app to capture a photo of the content viewers were currently seeing in the show and add a caption, turning it into a shareable meme.”

More broadly, says Monroe: “Mediahub really pushes our thinking and it’s not sheepish about telling us the hard stuff, whether we want to hear it or not. As a champion of challenger brands who are outspent by their competitors, mediahub relishes the challenge to help us punch above our weight.”

For every one of its clients, mediahub’s approach to new media has three components, according to Corcoran.

First, the team looks for that key insight which, in a rapidly changing digital landscape, requires it to dig deeper than the typical standard set of media tools.


Seeing media with a capital M

The next step for mediahub is to define what impact really means to its clients, because the goal is not to provide a great flowchart but a great plan, Corcoran insists.

“Finally, and most importantly, we practice what we call ‘capital M media,” he adds. “In other words, we look at digital media holistically rather than in silos of paid, earned and owned.
To do this, mediahub bring its social influence, creative and analytics teams in to develop a communications and optimization plan that outlines its approach to media across content, influencers, social platforms, and devices, as well as the client’s Web site and mobile applications.

Beyond new media, “There are many facets to being a successful media company,” says Moore. “As consumers become more skilled at throwing out, tuning out and screening out unwanted messages, it takes a different skill set and mindset to succeed. However, it still fundamentally comes down to three dynamics: talent, intelligence and innovation.”

“From a strategic and operational standpoint, we did two things,” Moore says. “First, we hired a full-time media research person from a competing holding company. It is her job to ensure that we have the best tools and resources, and to also act as our internal expert in extracting intelligence from this data. She is also authoring thought pieces around hot topics like the state of magazines on tablets and tv addressability.”

Second, says Moore, mediahub became an official partner with Mediabrands — IPG’s parent media company. The affiliation enabled the shop to tap into all of the ipg media resources and tools and also IPG media resources.

As a result, mediahub now manages over 100 campaigns on an annual basis from more than 20 clients.

“This is a common problem among brands that heavily rely on e-commerce, so being able to jump that hurdle has been a huge leap forward for our advertising initiatives,” says JetBlue’s Borromeo.

And, as if all that weren’t enough, Mullen’s unit devotes significant time and energy to planning for the future.

“One of our biggest [challenges] is predicting the factors that affect our clients’ businesses,” says Lusby. “We do have a core philosophy engrained into the entire department: Mediahub is a place where ideas are created and nurtured to life.

There’s also the matter of attracting, and hanging on to, the best team in the business. “In a business where a very small percentage of media professionals are truly great, finding and holding on to this small faction becomes every manager’s number one priority,” Moore says, adding that the agency looks for people “who exhibit so much enthusiasm that they would do this job for free. It’s someone who lights up a room and is thinking about the business 24/7.”

The agency’s success, Lusby says, rests on the “right intel.” And Moore believes creating depth around media research continues to be the biggest hurdle. “Intelligence based on the consumer’s relationship with media is vital from both a client perspective and in creating standout media programs.”

“Understanding how consumers make purchase decisions and how they use media during the process is an age-old problem,” he says. “Less than a decade ago, we had three or four dominant media types and a trusty purchase funnel to guide investment decisions.”

Big changes in technology (such as smartphones now outnumbering feature phones) have given consumers so much control, as have social and other portable real-time channels, “we have essentially eliminated purchase funnels in favor of decision loops,” he says.

On the digital front, mediahub is piloting several new technologies, including one with Adobe that will allow the shop to dynamically serve creative messages based upon historical consumer behavior. It also has an in-house dsp representative from Cadreon, to help mediahub manage its performance-related digital media.

Finally, the shop is investing in a video agnostic investment team, which has provided thought leadership on the new television landscape, which includes everything from Xbox to addressability issues.

Adds Borromeo: “Anyone can build a custom media plan, but mediahub actually builds custom platforms and finds one-of-a-kind media placements that naturally become a part of the consumption habits and interests of the audience. It doesn’t just take a perfunctory approach of looking at reach and frequency numbers. It blends the mathematics with relevance and content in order to find an optimal fit for our advertising campaigns.”