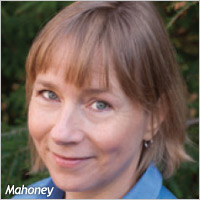 While choosing OMMA Agency of the Year winners is never easy, making the final cuts this year had us on the edge of our seats. In part, we can blame that on the way the interdisciplinary lines in digital marketing continue to fade away. Almost every agency we considered in one category could also have been a candidate in every other category, whether in social, mobile, design or creative; every one of them could make an argument for all-around greatness.

But in part, it’s because we’re star struck.  We’ve come — and I mean all of us, not just us industry trolls but consumers as well — to expect something spectacular. The days when an agency’s impact could be measured primarily by its rise in billings or the number of creative awards it won, of course, are long gone. We now expect digital performances that bring us to our feet, and draw standing ovations.

In theory, we judge agencies by three (admittedly subjective) criteria:  We’re looking for companies that stood out from the crowd because of their strategic vision, innovation  and industry leadership.

But as we dissected each of those, we realized that this year, star power often came down to truly creative casting and unexpected mashups. Was it the ability to seize a real-life event, take it into an ad agency “newsroom,” and transform it into a branding moment, as Digitas, (our Gold Agency of the Year winner, page 8)  did for Tide? Or the ever-more-clever mediahub/Mullen (which took the prize for Media Planning and Buying, p. 38) reimagining JetBlue as a game show, or offering fans an Armageddon wardrobe and menu, to support Doomsday Preppers?
Some of our awardees had ideas that are vast and life-saving, as in Digitaria’s (winner of our award for design, p. 45) creation of kony 2012, the most viral video in history. But some ideas are just small and perfect, like phd’s (our choice for Mobile, p. 27) use of geo-targeting to steer supermarket shoppers to the Tums aisle.

In short, we tried to select agencies devoted to bringing down the house, finding new ways to connect brands with audiences, and audiences with each other. “Every great idea is social by nature,” P.J. Pereira, cofounder of Pereira & O’Dell, our winner for social agency, tells reporter David Gianatasio. “If it’s not social, it’s not great. If the work we do is not worth sharing, it’s not worth doing.”

Of course, this pursuit of greatness has produced more than its share of stinkers, too, and our Larry Dobrow doesn’t hold back in “Ten Worst Videos of 2012.” (See p. 58)

We’d love to hear what you think of our winners. Email us at sarah@mediapost.com.