2013 To Be Big Year For Food Concept Start-Ups 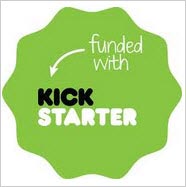 Food and restaurant concepts enabled through crowd-funding sites like Kickstarter and GoFundMe will be more numerous than ever next year, predicts The Food Channel, in its Top 10 Food Trends for 2013.

The forecasters also note a below-the-radar start-up trend, dubbed “hush dining,” in which talented cooks who lack the capital or time to start a full-blown restaurant are setting up (illegal) on-order restaurants in their own homes, and using social media and word-of-mouth to drive business.

Other key trends we’ll see next year, according to the channel:

*More smoked foods and beverages. The trend has gone well beyond bacon and even barbeque, now including smoked cocktails, smoked olive oil and even smoked water. Nordic/Scandinavian cuisine, which features a number of smoked foods, will also be on the rise.

*Home bakers will hone their skills. Thanks to new, easier-to-use parchments, pans, recipes and tutorials, baking up fancy pastries at home is becoming a more realistic goal.

*Prix-fixe is hot. The European-style fixed menu is becoming common in fine-dining venues, and even filtering down to the casual-dining segment.

*The rise of supermarket concierges. The next logical step, now that supermarkets have executive chefs, cooking classes, and specialists to direct customers to the best cheeses, meats and baked goods.

*Brunch as the new fourth meal. Brunch is becoming the hot new meal occasion, with all kinds of venues offering special menus and accompanying entertainment, like karaoke.

*Seasonals for all seasons. Traditional seasons are being stretched out, with people making things like pumpkin muffins in the summer.

*Using tea in cooking. Tea consumption continues to rise, and teas are now being used in menu items. Look for tea rubs (similar to coffee and cocoa rubs) next year.

*The push to be skinny. A developing subset of consumers are pushing eating healthier beyond maintaining a healthy weight: Their desire is to be “skinny-fit.” Some restaurants are responding with tiny portions that cater to this vanity-driven crowd. The question, of course, is whether this will go too far.