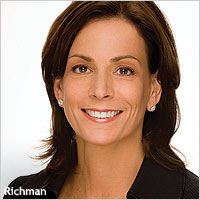 While the senior TV and media executives have been mulling over changing industry-standard TV currency to C7 -- commercial ratings plus seven days of time-shifted programming -- one network, ABC, has quietly been making its own C7 deals with TV advertisers.

ABC has cut some deals over the past 18 months across a number of marketers in multiple categories, Debbie Richman, senior vice president of prime-time advertising sales for ABC, told MediaPost. She declined to provide specific details. ABC is owned by The Walt Disney Company and is part of Disney-ABC Television Group.

National TV networks have been using Nielsen's C3 -- commercial ratings plus three days of time-shifted programming -- since 2007. But now with growing use of DVR-time-shifting technology, network shows can get up to 60% of their viewing from time-shifted viewing that occurs after a show's initial live telecast. And that has network executives looking for changes.

During an earnings call in November, Disney's Iger said: "The greater penetration of DVRs and the greater usage of DVRs [has] shifted the ratings in the direction of C3. And ultimately -- hopefully -- C7. It speaks for an expanded look from a Nielsen and advertising perspective at seven days versus three."

At a media business conference earlier this month, CBS' Moonves said: "I think we'll have C7 in a year and a half." Back in May -- during the upfront presentations -- Harbert called for the industry to consider C7.

Estimates are that the extra advertising revenue of going to C7 -- adding in four extra days of time-shifting -- could amount to a 4% rise for broadcast networks, and somewhat less for cable networks, said Rino Scanzoni, chief investment officer of Group M recently. In terms of the national TV upfront, dollars could amount to $300 million for the broadcast networks and $250 million for cable networks.

Many media executives believe C7 metrics won't help some marketers -- especially retailers that promote next-day sales and promotions. Near-term media buyers like movie marketers and their media agency executives are not convinced either.

But other network TV advertising executives say more companies like retailers increasingly are doing more brand-awareness commercials -- and that could work under the C7 metric.

One network ad sales executive said: "Plenty of retailers are not sales-focused in all of their campaigns."