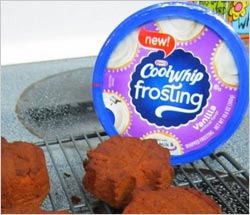 Kraft Foods Group is kicking off 2013 by announcing more than 40 new products.

Kraft has grouped the innovations (some of which were introduced into stores in late 2012) into general areas of focus reflecting the desires of today’s consumers: Bold flavors; flexible eating patterns; simpler product recipes; and customization.

“We're seeing an all-out quest for fun, passion and adventure in food and beverages as people embrace a multitude of global and regional flavors,” says Barry Calpino, VP, breakthrough innovation for Kraft. “Culinary experimentation is ‘in,’ so everyone wants the flexibility to customize their food.”

“As culinary trends continue to evolve, one constant is a desire for even more choices,” adds associate director of culinary Robin Ross. “Some consumers find a healthy balance with less complex ingredient lines important, while others want bold or ethnically inspired taste experiences. Young people are especially adventurous and food-savvy. “