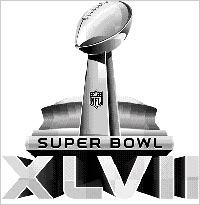 Bent on squeezing every bit of value from its Super Bowl coverage, CBS Sports said it plans to bolster the game’s online coverage with several new features and add-ons.

On game day, Feb. 3, CBSSports.com will include the first live stream of the Pepsi Super Bowl XLVII Halftime Show featuring Beyoncé, as well as immediate access to the Super Bowl commercials as they are broadcast on CBS.

The network’s so-called “second-screen” experience will also include additional camera angles to allow viewers to watch the game from various perspectives, as well as view live stats and in-game highlights.

In addition, serious social integration will include a curated Twitter stream featuring commentary from CBS personalities.

This will mark the second consecutive year that CBSSports.com will be streaming the NFL’s championship contest. Last year, the event attracted more than 2 million viewers during the game.

In a promotional run-up to the Super Bowl, Pepsi is asking fans to snap and upload images of themselves in a series of specific poses that will be used in an intro video to Beyoncé’s performance.

A mobile-optimized Pepsi.com/halftime site is rolling out a series of photo poses until later this month. At the beginning of the year, Pepsi said it received thousands of images from users in the promotion's first few days.