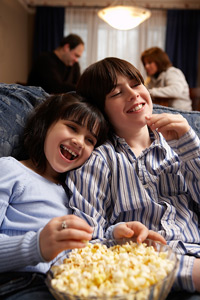 Health and wellness continue to be the paramount strategic drivers for food manufacturers and food service operators, and offering foods that are consistent with the nutritional guidelines in the federal Dietary Guidelines for Americans has become a particularly key strategy in winning over consumers, according to a new report from market researcher/publisher Packaged Facts.

“Offering products in accord with the goals set forth in the Dietary Guidelines provides processed food manufacturers with clout to stand their ground on the nutritional value of many of the processed foods and beverages they sell, and to do so in the context of concepts, verbiage and graphics that consumers have been exposed to and about which they already possess a level of awareness,” says Packaged Facts research director David Sprinkle.

The report, “Food Formulation and Ingredient Trends: Health & Wellness,” examines formulations and ingredients in the context of five key health and wellness trends:

* Better breakfasts: The researchers expect more introductions of products that combine whole grains and low-fat dairy, spanning a wide range of product designs. In particular, whole grain blends will be used in more value-added products to deliver benefits associated with hunger satisfaction, sustained energy, weight management and digestive health. The trend toward development of higher-fiber breakfast executions of popular indulgent snacks and desserts (such as cookies and pie) and flavors (such as chocolate) will continue, along with new product designs and formats that inherently deliver more fiber, such as oat smoothies.

* Sweeteners: Use of natural sweeteners and those with “healthier halos,” both caloric and zero-calorie, for partial or full replacement of traditional counterparts will continue to grow. Depending on functional application requirements and cost, Packaged Facts anticipates more switching overall, including from high fructose corn syrup (HFCS) to sugar, from sugar to honey, from agave to coconut sugar and from aspartame or sucralose to stevia or monk fruit. Anti-fructose sentiment may grow stronger in 2013, due to concerns over agave’s potential role in insulin resistance as a precursor to diabetes and inflammation. HFCS will continue to struggle in 2013.

* Salt/sodium: Because there is no one-size-fits-all when it comes to sodium reduction, some of the most promising approaches to watch for in 2013 include restructuring salt crystals to maximize surface area and salty taste perception for both sodium chloride (common table salt) and potassium chloride (the well-established salt replacer). Other likely approaches include identifying and using umami ingredients to enhance overall flavor, and longer-term identification of molecules and ingredients to mimic salt taste.

* Healthier snacking: Given that 20% of all meal occasions are snacks, accounting for 25% of all calories consumed, more healthful snacking will continue to be a major focus area for many -- if not most -- food companies and food service operators in 2013. Portion controlled, single-serve snacks of all types will be more popular than ever. In addition, products associated with fruits, vegetables, cheeses, nuts (especially almonds) will show broadened appeal. Popcorn -- particularly ready-to-eat, air-popped versions -- could benefit substantially from recent research showing that popcorn is a better source of antioxidants than either fruits or vegetables, according to Packaged Facts. Also, the popularity of air-popped, whole-grain popcorn will likely spur interest in other popped whole grains such as sorghum.

* Alternative proteins: High-protein ancient grains, including amaranth and quinoa, will be incorporated in more foods promoted and consumed for their protein content, including entrée soups and salads, as veggie burgers and as seasoned dry-blend mixes for use as center-of-the-plate items or side dishes. Their use in baby food should also increase, since they are not associated with food allergies and are easily digested. These grains will also be used to boost the nutrient density of breads. Use of more seeds and nuts, especially ground into interesting, high-protein spreads, is also expected to show broadened appeal. Beans and lentils, already experiencing increased use in ethnic foods and vegetable chips, will be more widely adopted as alternatives to meat protein across a wide range of applications.