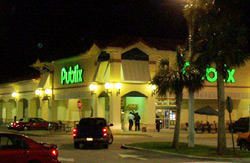 The annual ratings, which this year included 246 companies, are based on 10,000 consumers rating (in a seven-point scale) three components of their experience with companies: functional, accessible and emotional. Scores 80% and above are defined as excellent; scores between 70% and 79% are good; scores between 60% and 69% are “okay”; scores 50% to 59% are poor; and scores below 50% are very poor.

Here are the top-/bottom-ranked companies within specific industries:

Of the 18 industries that were in both this year’s and last year’s ratings, 11 earned higher scores in 2013. Wireless carriers improved the most, while appliances declined the most.

More information is available at ExperienceMatters.wordpress.com.