Do Readers Really Want To Click On Their Magazines? 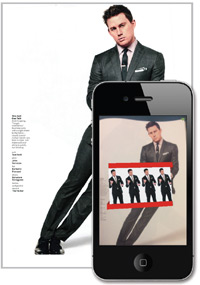 The decade-long pursuit of some connection between print and digital experiences took a few interesting turns at last in 2012, according to the latest industry survey of mobile activations of magazine media by Nellymoser. In surveying over 170,000 magazine pages and over 75,000 ad pages last year, the company saw 8448 mobile activations printed among the most circulated magazines in the U.S.

The overwhelming majority of those mobile interactions with print were for advertising (6962) as opposed to editorial (1486). The beauty, home, health, and fashion categories dominated these programs. Not surprisingly, these programs peaked with the September and the December issues.

The magazines Seventeen, InStyle, GQ, and Brides ran the most activations. For all of the complaining by magazine publishers about the ways in which QR codes mar their lovely pages, 68% of the mobile-activated pages used these traditional codes. Microsoft Tags were found in 12% of cases, while watermarking from the company Digimarc was on 9% of pages, augmented reality interactions from Aurasma were on 6%, and AR programs from BlippAR were on 3%. At one time QR codes had almost 4/5 of the market, so there are real signs of magazines wanting more sophisticated solutions.

One of the problems with magazine mobile activations is the inconsistency of the coding mechanisms. Increasingly, magazines prefer to have standardized programs under their own control and sales that use a consistent and less intrusive system like watermarking or page recognition. But advertisers very often include QR codes -- especially in their ads on their own and apart from any magazine-wide program.

One of the most notable developments in the last year has been the adoption by some magazines of their own branded app that readers use on these issue codes. Magazines like InStyle, GQ, Esquire and Lucky all have these apps that are supposed to create a more unified brand experience on mobile phones. At the same time, they help publishers maintain control of the data that these interactions create and give them a better opportunity to remarket to the reader.

The survey did find that video continues to be the most popular action that these codes trigger, in 33% of the cases. About 14% went to social media, and 9% went to sweepstakes entries. Remarkably enough, a third of the triggers surveyed here went to Web sites that were not optimized for mobile phones. I am at a loss for words.

Still missing in all of this are many benchmarks for what share of readers really bother to take their phone out of their pocket while they are flipping through a magazine and activating one of these triggers. I think the principle of activating print is more straightforward than the practice. It makes perfect sense that we can use the mobile phone to virtualize that age-old habit of tearing out pages from a magazine. Or at least that is the way the publishers want us to think about it.

Then again, that is not really what happens here. Ripping out the page of the magazine simply keeps your hands in the same place they were in flipping the pages, and simply rips instead of reads. What mobile activations do, however, is interrupt the mode of media consumption that the magazine reader has chosen to engage in. It is not just that you are pulling out your phone, but you are also moving from a page reading experience to Web site browsing or video viewing.

Granted, there may be benefits to all of this, in terms of enhanced content experiences, ordering mechanisms, sweepstakes entries, etc. Still, people choose to read a magazine against other alternatives or to complement other specific media experiences for a reason. They are deliberately choosing a mode of consumption. How much the user really wants to move into another mode on a mobile screen, however briefly, is an open question. It is quite possible, for instance, that mobile activations of a movie poster or a bus stop ad are more likely to work on a user than invitations to activate a magazine page. The circumstance and mood of the user are completely different.

As magazine publishers scramble to retrieve readers and advertisers that are flowing off to other media, of course they want to use every sensible means necessary to recapture them. And it makes sense to use the very digital media that is luring readers away to do so. But the dream of print media to make itself clickable may not be anything that consumers really are interested in pursuing.

apps, magazines, mobile, qr codes
1 comment about "Do Readers Really Want To Click On Their Magazines?".
Check to receive email when comments are posted.
Next story loading