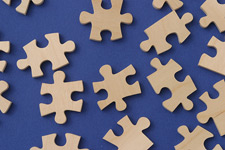 Optimization from search to content works. Marketers know that. Now a study from Adobe Systems confirms it -- but the biggest issue points to a lack of investment and limited resources. All hold back innovation and content marketing strategies.

It turns out that those who invest more than 25% of a marketing budget toward optimization are twice as likely to see high conversion rates, yet a majority of companies surveyed spend only 5% or less of their marketing budget to optimize sites and content.

Overall, percentage investments differ globally. More than half of North American companies allocate less than 5% of their marketing budgets to optimization, whereas only a fifth allocate between 6% and 10%, compared with 27% of their European counterparts. Still, North American brands are more likely to indicate high levels of conversion rates, with 10% admitting their conversion rates are 9% or above, according to the Adobe report.

There are several factors holding back investments, such as manual processes that limit testing. Then there are the limiting budgets and resources that continue to act as the biggest barrier to the lack of a testing process.