Q&A: From Promotion To Brand Activation 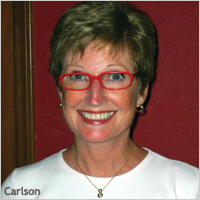 Brand promotions have been kicking around forever: Coca-Cola issued the first coupon back in 1894, Cracker Jack started shoving toys in boxes in 1912, and S&H Green stamps became a currency in 1885. But for today’s brands, the digital intersection between promotion, marketing, and shopper efforts is creating its own kind of gridlock, with most marketers perpetually unsure of what exactly promotion means anymore. That’s why the Promotion Marketing Association has rechristened itself as the Brand Activation Association. Bonnie Carlson, its president, tells Marketing Daily what sparked the change, and what its members are struggling with now.

Q: So first, what sparked the new name?

A: We decided last spring, and it came up as we were talking about the relaunch of our Web site. In some ways, it was fueled by people’s titles. Once, it was easy to target our membership initiatives; we just focused on people with the word “promotion” in their titles. But they don’t exist anymore -- business cards now say “shopper marketing” or “digital marketing” or “mobile branding.”  So we weren’t capturing the people we wanted. And in the last decade, so much of our efforts have focused on digital, experiential and event efforts, and “promotion” doesn’t include that, either. So we wanted an umbrella name that better explained our focus of brand execution and brand activation. It really makes more sense, and better reflects who we are today.

Q: Many of your members work on national brands. What are the biggest issues they’re facing now?

A: They’re wrestling with how much less control they’ve got over their customers. Historically, marketing meant "How do I get the consumer to buy my product?” And everything was measured by volume and share and profit. That was always the goal, and always the metric. But now it’s only half the story. The repurchase, in many ways, is more important than the purchase. And the customer has so much more at her disposal. She can write negative brand reviews, or tweet when she is unhappy. Customer service, as a result, is more important. Marketers traditionally didn’t see that as part of their jobs, but it is now.

Q: What mistakes do you see them making?

A: Well, we see them struggling to maintain focus on their customer -- to not lose touch with who she is just because they are getting swept up in the next shiny marketing thing, whatever that is. And they are having to do that with smaller staffs, so it’s difficult. Management is demanding, more and more, that they demonstrate their ROI. So I think the pressure on brands is pretty intense.

Q: How threatened are they by private labels?

A: Very. These private labels are often perceived by consumers to be just as good, and since store brands don’t have to pay the slotting fees that other brands do, it’s easier for them to get established. And if they fail, it’s less expensive.

Q: Is branding easier for retailers these days, then?

A: No! In fact, it’s always interesting to me, and this came out in some recent research we had Booz & Co. do, how our retail members and brand members have such similar worries and concerns. Retailers are fighting harder than ever to capture the trip. Everything is so focused on omnichannels right now, and again, they are faced with this greatly empowered shopper. She can shop on her phone, online, in-store -- she shops on her phone in stores. Everything is morphing so much that standing out in the shopper’s mind is harder. It’s more difficult to create loyalty.

Q: What else struck you as surprising in the Booz results?

A: How overwhelmed brands are by the pace of change. It covered many channels, and whether it’s big tech companies Amazon and eBay, or niche brands like Godiva, they’re all talking about the rapidity of change. It’s a constant whirlwind, and keeping up with what’s important for your brand is tough. Last year, it was all about geolocation; now that seems less important. How can you quickly figure out whether the next app or technology is going to matter for your brand.