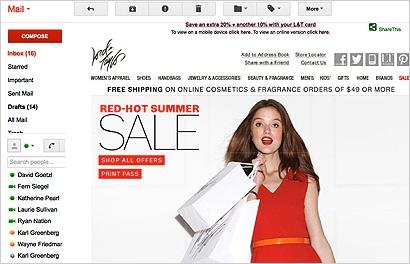 Mobile, while synonymous with cutting-edge communication, appears to be boosting one of the Web’s oldest modes of exchange: email.

Email open rates rose to 31% in the first quarter -- representing an 18.6% increase year-over-year -- which analysts are attributing to the mobile boom.

Epsilon also found an increase in click rates, which suggests to Loschen that more marketers are recognizing their consumers’ mobile behaviors and preferences, focusing on optimizing their email creative and content for the mobile Web.

The marketing services provider’s quarterly analysis was compiled from 6.1 billion emails sent in January, February and March of this year across multiple industries and approximately 150 participating clients.

A critical mass of consumers appears to have embraced mobile computing. Indeed, one in four people now spend a third of their waking life -- or about six hours per day -- on the mobile Web, according to recent findings from mobile software firm Netbiscuits.

In the first quarter of the year, click rates reached 5.1%, Epsilon found. Also of note, triggered messages -- including welcome messages and order confirmations -- accounted for 3.3% of total volume, which represented an increase of 41.1% year-over-year.

Triggered open rates were 60.8% higher in the first quarter of the year than those email that Epsilon’s dubs “business as usual” messages