TV-Centric Apps On The Rise 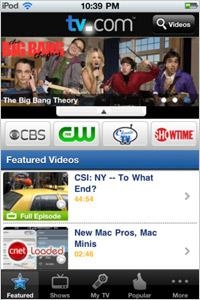 Not only is tablet ownership growing, but those using TV-centric apps are on the rise.

In the first quarter of 2013, 14% of tablet/smartphone users were found to use TV-content apps, with 75% of those users satisfied with that experience, per Parks Associates. The highest usage of TV apps comes with watching video related to those TV program/channel -- nearly 50% of those using TV apps.

Other activities in order of high usage include getting related information; checking times/dates of TV shows; playing games; reading comments from users about TV programming; the ability to make comments; and shopping for related TV merchandise.

“The latest round of apps is from content providers, not satellite and cable-TV companies," said John Barrett, director, consumer analytics, Parks Associates. "They want to increase viewer loyalty to their shows and enhance the viewing experience with second-screen activities, and it is working, especially among Millennials. This 'second-screen' generation is accustomed to consuming content on multiple devices."

Estimates shows that U.S. tablet ownership is over 50 million with smartphone ownership at 125 million.

Recent research from the Pew Research Center says one-third (34%) of American adults ages 18 and older own a tablet computer like an iPad, Samsung Galaxy Tab, Google Nexus, or Kindle Fire -- almost twice as many as the 18% who owned a tablet a year ago.

Pew says smartphones are more popular with younger adults 18-34; with older adults 35-44, and those with higher income of $75,000 plus, the dominant group for tablet ownership.