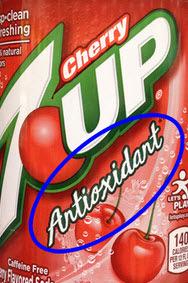 Dr Pepper Snapple Group (DPSG) and nonprofit nutrition advocacy group the Center for Science in the Public Interest (CSPI) have officially settled a class action brought by CSPI on behalf of a California consumer, which alleged that certain varieties of 7Up engaged in misleading consumers through the use of "antioxidant" in their labeling and marketing.

The suit claimed that at the time the lawsuit was filed in November 2012, regular and diet varieties of 7Up Antioxidant sodas (cherry, mixed berry and pomegranate) contained only small amounts of added Vitamin E, but misled consumers by -- among other things -- showing on their labels pictures of fruit that contain antioxidants, although the products contained no fruit or fruit juice.

The suit also asserted that the products' use of the antioxidant claim was illegal, because a Food and Drug Administration policy states that the FDA "does not consider it appropriate to fortify snack foods such as candies and carbonated beverages."

In the settlement, DPSG disputes and denies all of the allegations and claims made in the suit, but agrees that as of the settlement's effective date (July 15, 2013) it has reformulated the products at issue to remove Vitamin E from them, and to remove all references to "antioxidant" on the products' labels. (Existing inventory of products that contain Vitamin E or use the word "antioxidant" may still be sold by DPSG bottlers or retailers, under the agreement.)

In addition, DPSG agreed that for at least the next four years, it will not add any vitamin or mineral with a dietary reference intake (DRI) to its products, or label the products with any reference to antioxidants.

Furthermore, in return for the dropping of the suit and all claims, DPSG agreed to pay David Green, the consumer who filed the original complaint (which became a class action in February 2013), $5,000; and to pay the plaintiff law firm, Reese Richman LLP (co-counsel with CSPI) $237,500 in legal fees.

CSPI litigation director Steve Gardner stated that "it's to the credit of Dr Pepper Snapple Group that it carefully considered these concerns, and worked collaboratively to resolve the dispute without further litigation. The end result is a big plus for consumers.”

However, at the time that the suit was filed last year, DPSG, in response to news reports of the suit, made a public statement (reported in The Huffington Post and elsewhere) that the company had already decided to take 7Up varieties that made antioxidant claims off of the market by early 2013. DPSG said this was a decision that had been made for reasons of maintaining consistency across its brands, which had no relation to the lawsuit.

After the settlement was announced today, a DPSG spokesperson told BeverageDaily.com that the company had already begun reformulating Cherry 7Up at the time the suit was filed to make the formula and label consistent with the rest of the 7Up line, and that the reformulated version hit the market in early 2013.

"As a result, claims brought by CSPI have been withdrawn," said the spokesperson. "While we disagree with CSPI on the merit and substance of their claim, we both agreed this resolved the matter."

In a related matter, last week, a federal magistrate recommended to a federal district court that the plaintiffs in another class action suit led by CSPI against Coca-Cola, for health claims made for its Vitaminwater products, be allowed to litigate as a class for declaratory and injunctive relief (to change how the products are labeled and marketed), but not for damages.

Coca-Cola said the decision's denial of class-action status for damages purposes was a victory for the company, while CSPI said the decision put the case on track for a possible trial in which Coca-Cola would have to defend "the deceptive claims it has made and continues to make" about Vitaminwater.