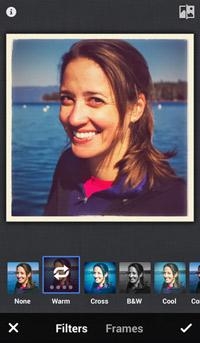 Google continues to search for a connection with social media to give advertisers an edge, looking to patents to secure its place in the media without paying royalties to Facebook or others. The latest patent granted to the company from the United States Patent and Trademark office supports filtering social search results.

The patent, granted July 23, 2013, describes an interface for filtering search results based on the user's social graph. The technologies are related to searching for something, receiving query results and identifying content generated by one or more social network users. It also identifies search results linking to digital content stored in one or more computer-readable storage media.

Filed on August 2011, the patent precedes the September launch of Google+ when Google opened it to the masses without the need for an invitation. Now the second-largest network site behind Facebook, it still needs to grow.

As of May 2013, the site had more than 500 million registered users, or about 225 million active accounts.

About 34% or 35% of the 2013 Fortune 500 companies -- such as Walmart, Phillips 66, Apple, General Motors, General Electric and Ford Motors -- have active Google+ accounts, according to two separate studies.

The study from the Charlton College of Business Center for Marketing Research at the University of Massachusetts Dartmouth estimates that 19% of the companies with Google+ corporate accounts have not yet activated them. Google+ remains the only platform studied where there were a significant number of open -- but inactive -- accounts.

Compare the Google+ adoption rate with the 70% of the Fortune 500 companies on Facebook. This represents a 4% increase since last year. Nine of the top 10 companies -- Walmart, Chevron, Phillips 66, Berkshire Hathaway, Apple, General Motors, General Electric, Valero Energy and Ford Motors -- have Facebook pages. Exxon does not, according to the study.

Still, companies are clearly confused. About 63% of client-side respondents to an Econsultancy survey in the U.K. stated that they don’t know if Google+ has an impact on their search campaigns, compared with 28% of agency respondents.