Ugly Duckling Flies: QR Code Use Expanding As Tablets Kick In Too 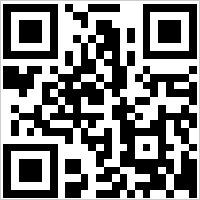 Love them or hate them, the butt-ugliest thing the mobile industry has introduced into global culture -- the QR code -- is what we are stuck with for the time being. And mobile users are still snapping them in ever greater numbers, always on the hunt for that occasional good end experience that is worth the trip.

According to one of the most popular code activation platforms, ScanLife, its user base expanded to 6 million who snapped a code in Q2 2013. On average, a user snapped three times a month, showing an increase of 22% over the year-ago period. About 4 million people were new to scanning and snapped for the first time in the quarter.

Among the more interesting developments is the appearance of tablet scanning, which grew about 1300% since last year. ScanLife did not share that absolute number of people now using the larger devices to scan -- but the emergence of this phenomenon makes some sense, given the changing dynamics of the tablet market. The last year has seen the arrival of the iPad Mini, expansion of Amazon Kindle’s market and a large range of cheaper Android-based tablets, many of which sport embedded cameras. This could be a trend to watch, especially around codes that might be associated with evening prime-time in-home opportunities, especially print and categories of packaged foods. It is still tough to determine whether people are really taking tablets out of the home much with this greater portability.

The scanning sweet spot is remarkably the 35- to-44-year-old segment, which is responsible for 25% of activations, compared to only 23% coming from the typical young and digitally eager 25- to-34-year-olds. Still, the small college-age segment alone is doing 18% of the snapping. Males dominate, with 64% of scans. But in younger segments, under 18 and college-age, the shares are more even.

Android phones are doing 60% of the snapping, vs. 37% for iOS. ScanLife syas there are some general differences in content use and tastes between the two OSes, but generally the “value shopper” is the most common interest for both. Android sees more catalog shoppers and entertainment enthusiasts, while music lovers and auto enthusiasts come up more often on iOS.

A common user type across all scanners is the social influencer, however. This suggests that scan programs have the opportunity to reach considerably beyond the original scanner and to his or her contacts.

Video remains the most popular value delivered back to a user from these activation programs, followed by app downloads and product information. Key categories using codes include food and beverage, wireless and retail.