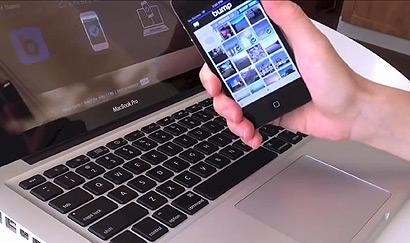 Bump Technologies, the mobile app that lets two people bump their phones together to exchange information, has been acquired by Google despite the $20 million infusion from well-funded firms like Sequoia Capital and Andreessen Horowitz.

Bump and its photo-sharing app Flock, released last year, will continue to work as it has in the past, writes David Lieb, CEO and cofounder of Bump, on the company's blog. He thanked investor and Netscape co-creator Marc Andreessen, along with others, for their support.

"We strive to create experiences that feel like magic, enabled behind the scene with innovations in math, data processing, and algorithms," Lieb writes. "So we couldn't be more thrilled to join Google, a company that shares our belief that the application of computing to difficult problems can fundamentally change the way that we interact with one another and the world."

Flock definitely hit a bumpy road over the years. The technology built on an alternative to near field communication (NFC) took time to become noticed. Some believe the acquisition of Bump would become a back-up plan for an "NFC-free way of using Android Beam on smartphones."

Bump works by bumping two smartphones together, which simply uploads the data to the cloud and allows the user to download it onto another device, explains Dima Aryeh.

Some peg the deal between $35 million and $40 million, but the terms were not disclosed.