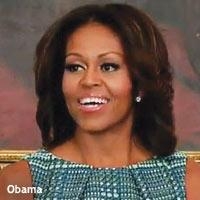 While tackling the childhood obesity crisis through Let's Move has been First Lady Michelle Obama's prime focus for activism, she has not publicly addressed issues relating to food marketing to kids since 2011, when the Obama administration backed off from pushing proposed voluntary nutritional guidelines for such marketing.

That's now changing -- but consistent with her other efforts, with an emphasis on collaboration with the food industry, rather than confrontation.

On Sept. 18, Obama convened about 100 food and media industry executives, advocates, parent leaders, government agency representatives and researchers at the White House on the subject, to ask them to collaborate on accelerating a shift to marketing healthier products to kids.

"When the average child is now spending nearly eight hours a day in front of some kind of screen, many of their opinions and preferences are being shaped by the marketing campaigns you all create," she said. "And that’s where the problem comes in...the average child watches thousands of food advertisements each year, and 86% of these ads are for products loaded with sugar, fat, salt. By contrast, our kids see an average of just one ad a week for healthy products like water or fruits and vegetables...I’m here today with one simple request -- and that is to do even more and move even faster to market responsibly to our kids."

Food industry leaders, she said, "know better than anyone how to get kids excited. You've done it before, and we need you to do it again. And fortunately, you have everything it takes to get this done, because through the magic of marketing and advertising, all of you, more than anyone else, have the power to shape our kids' tastes and desires."

She added that, given the rising rates of obesity-related diabetes, high cholesterol and high blood pressure among children, "I think that we can all agree that parents deserve more control over the products and messages their kids are exposed to."

She cited Bird's Eye's success in marketing vegetables to children, and Disney's moves to limit licensing of its characters for use in marketing and advertising of unhealthy foods, as good examples of progress.

Ferraro's sign-on brings total participant companies to 18, up from 10 when it was launched in November 2006. CFBAI participants pledge to advertise only healthier products in media primarily directed to children under 12, or not to engage in any child-directed advertising.

After the First Lady's address, attendees participated in breakout sessions to discuss ideas and strategies for marketing healthier foods to children.

In an address to parents and teachers earlier this month, the First Lady said that documented declines in childhood obesity rates in Mississippi, California, New York City and Philadelphia are evidence of progress, but stressed that "we still have a very long way to go before we solve this problem."