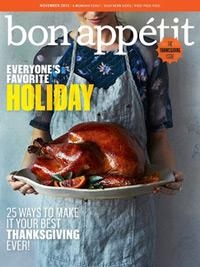 I have to confess I am not entirely sure why tablet editions have not proven more popular with readers. I myself find my issues of EW, New Yorker, People, Esquire and The Week much more accessible and attractive on my iPad than in print. But generally, only a very small percentage of paid subscriptions for magazines are generated by their tablet editions. Some titles like Wired, Game Informer and Maxim are among the titles with the most share of subs coming from tablets.

But even among the bestselling digital mags, the share of subscriptions coming from tablets barely cracks 12%. This will change, I am sure. And some publishers tell me that they have a lot of authenticated print subscribers who move across print and tablet editions as part of their all-access passes.

Another matter altogether is the overall quality of tablet mags. McPheters & Co. just issued its annual evaluation of tablet editions, and it declared Conde Nast’s BonAppetit the best in terms of enhancements, functionality and design -- the three main criteria the monitoring service applies. The foodie mag was the only title to achieve a perfect 100% score, deemed flawless in each of those three categories. Fourteen other titles got 99.7% scores by reaching perfection in two of three categories. Among the U.S.-based titles they included Allure, Entertainment Weekly, Esquire, Golf Digest, Lucky, Martha Stewart Living, Men’s Health, SELF, Wired and Women’s Health.

Actually, Bon Appetit deserves special accolades. In addition to superb design sense (screen-filling visuals and excellent navigation), the magazine is highly functional. There is a dedicated kitchen mode for every recipe that makes using the instructions while cooking easier.

Martha Stewart’s monthly magazine also has exceptional design sense that understands tablet aesthetics. Esquire has also been very smart and experimental in its tablet strategy. In recent months the magazine used the tablet app as a platform to expand its publishing schedule into small weekly editions.

Missing from McPheters’ list -- but worthy of special praise, I think, is Game Informer. When it comes to leveraging Web connectivity and multimedia richness, this monthly from GameStop is unmatched. For gamers, the embedded videos and huge slide shows combine the best of tablet print-like layout and immersion with the limitless depth of the Web.

In fact, one of the real disappointments with tablet editions, in my mind, has been their slavish attachment to print. While some of this is driven by auditing constrains to maintain their status as digital editions of print, some of it is just bad siloed thinking. The tablet apps that contain these issues often do nothing to promote the specific contents of the issues nor remind readers that these same brands have vast Web sites of daily content. Magazines talk a good game about being multi-screen “content brands.” Don’t believe it for a second.